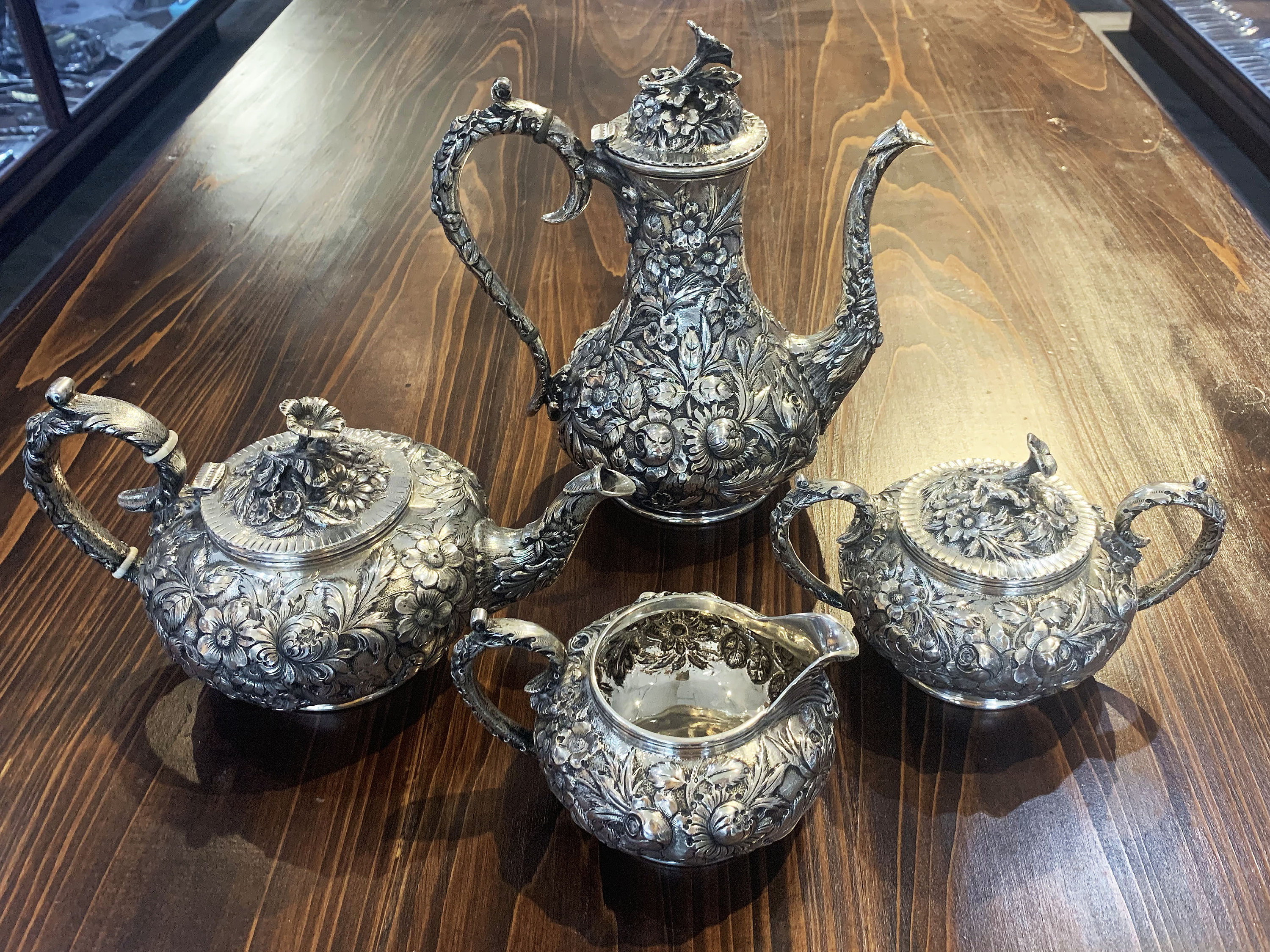 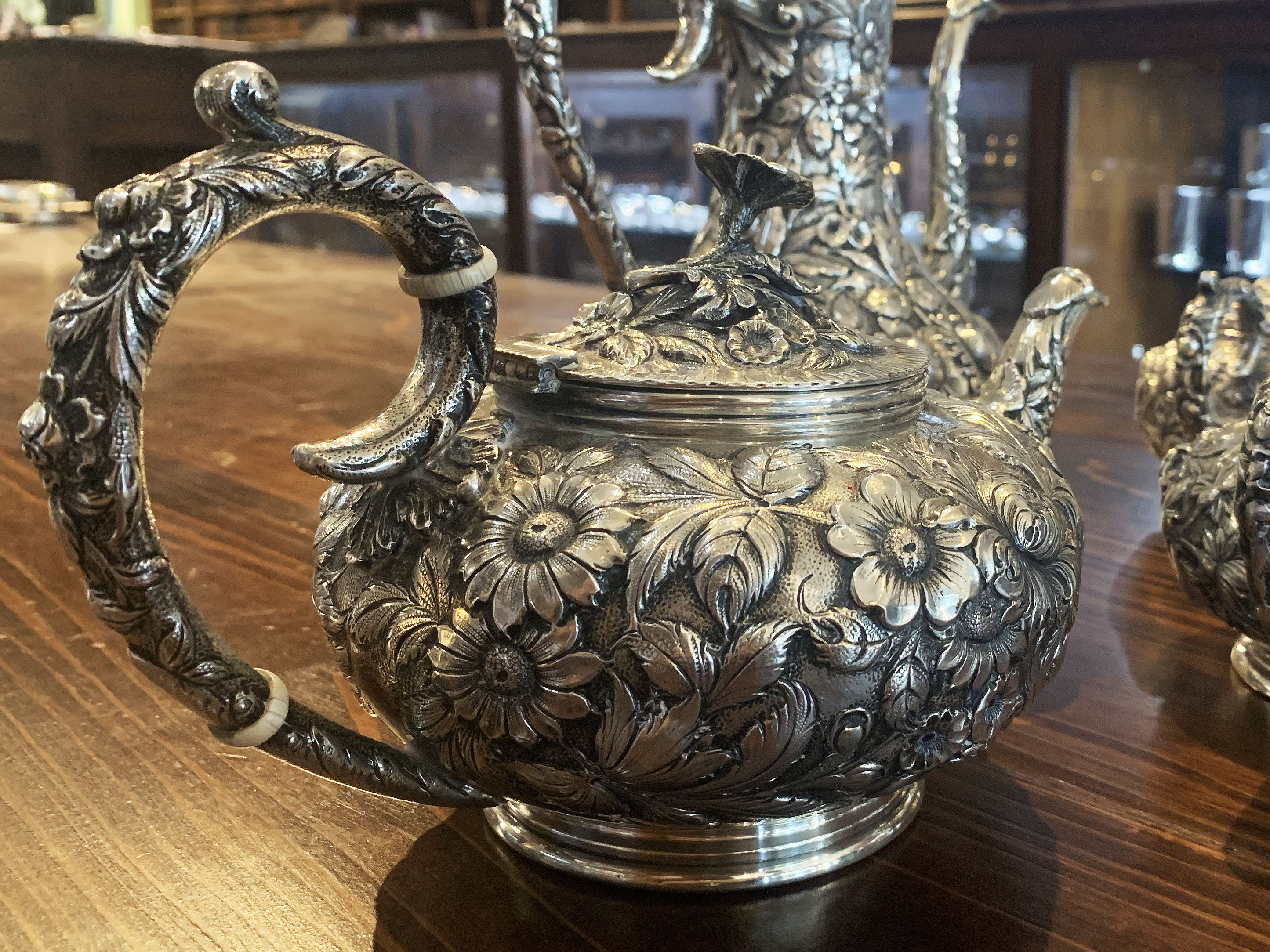 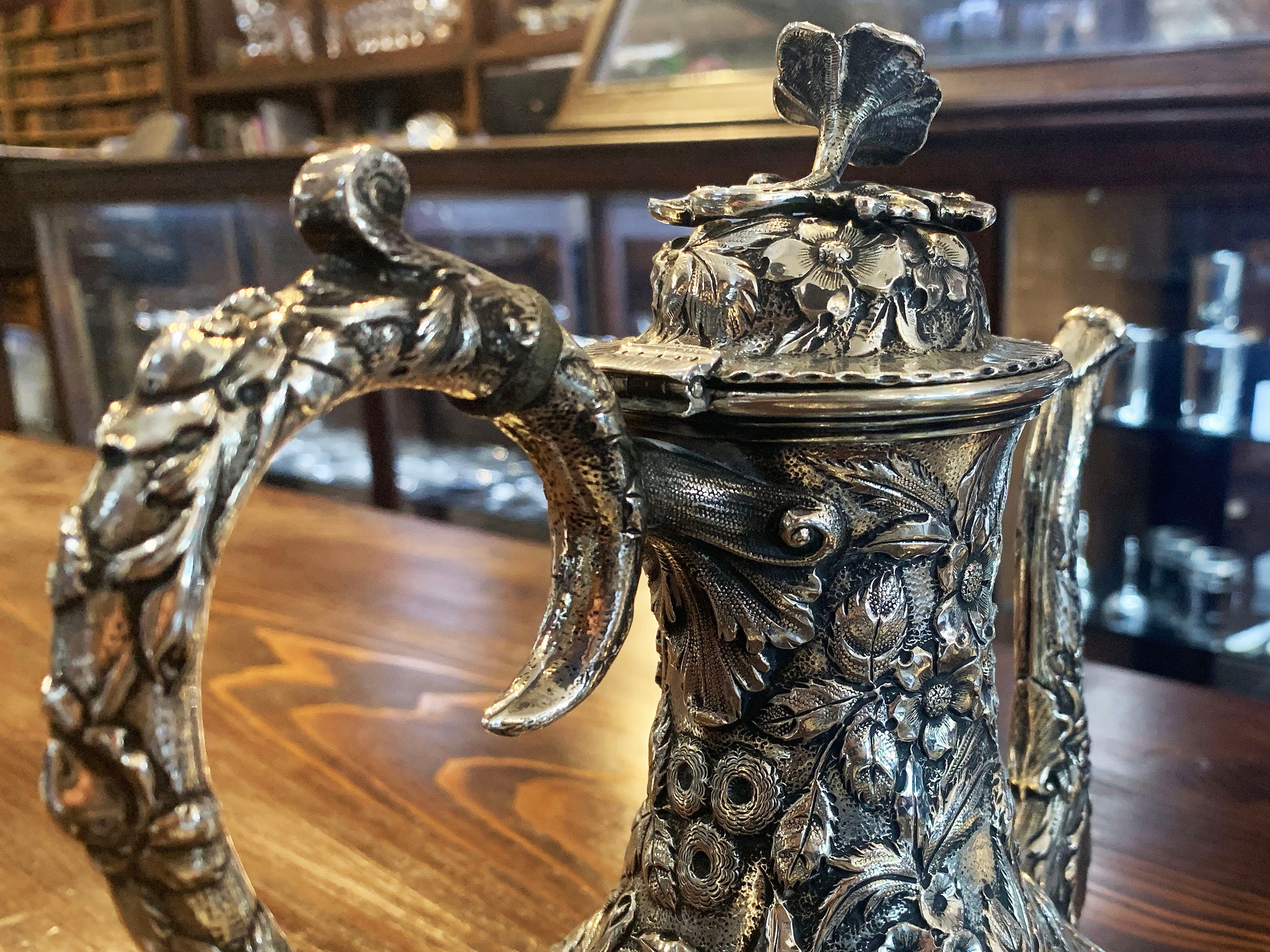 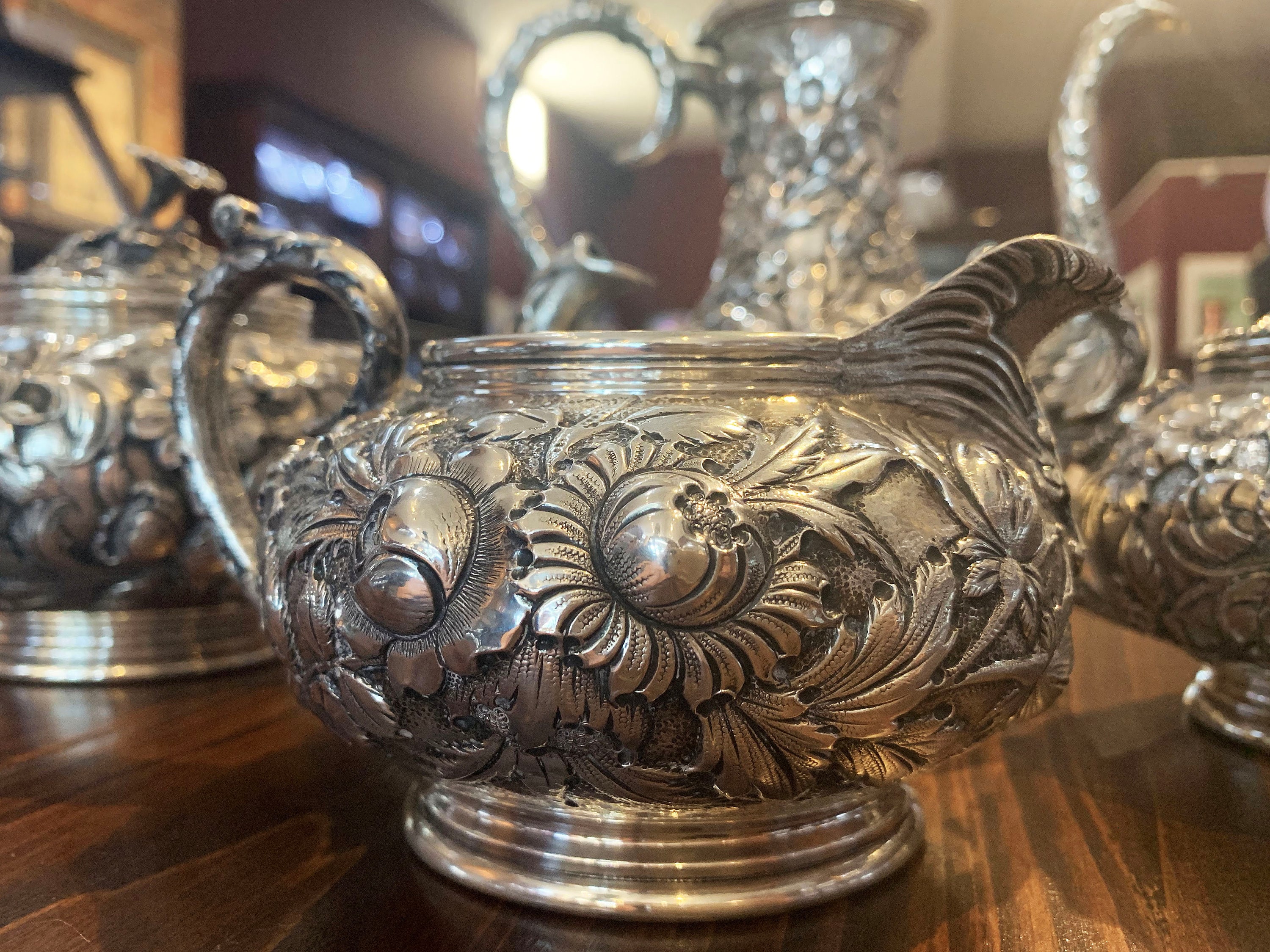 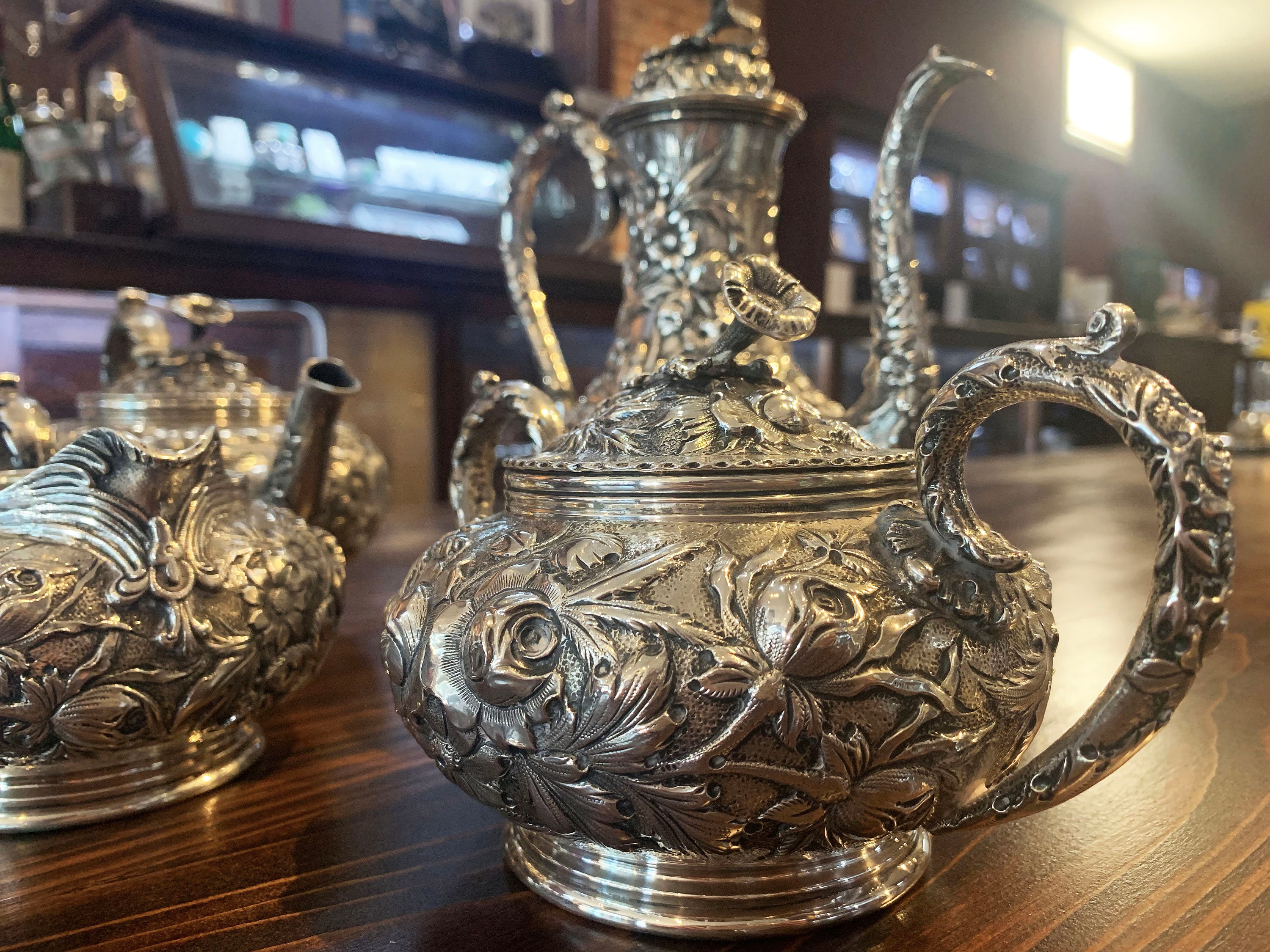 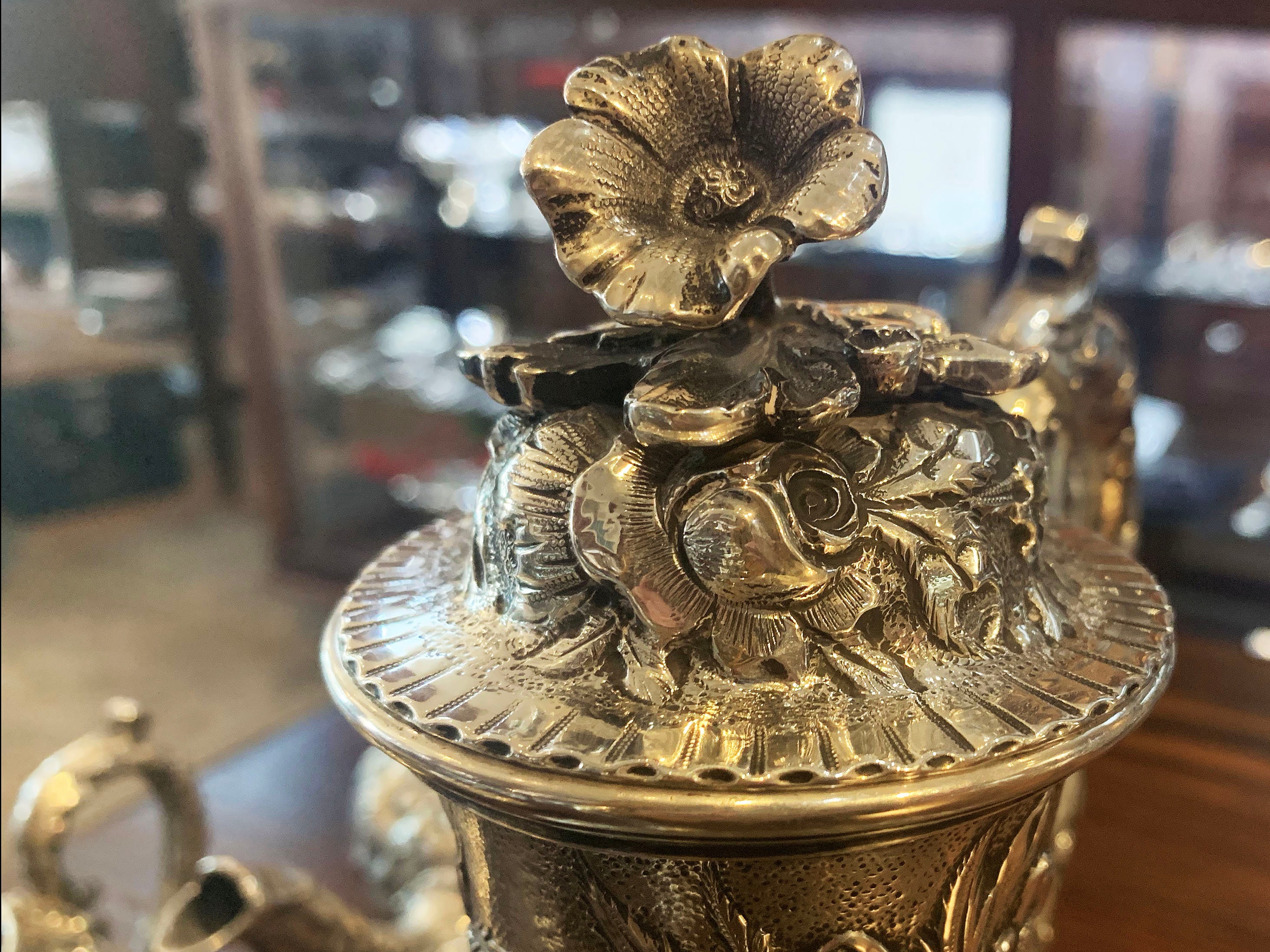 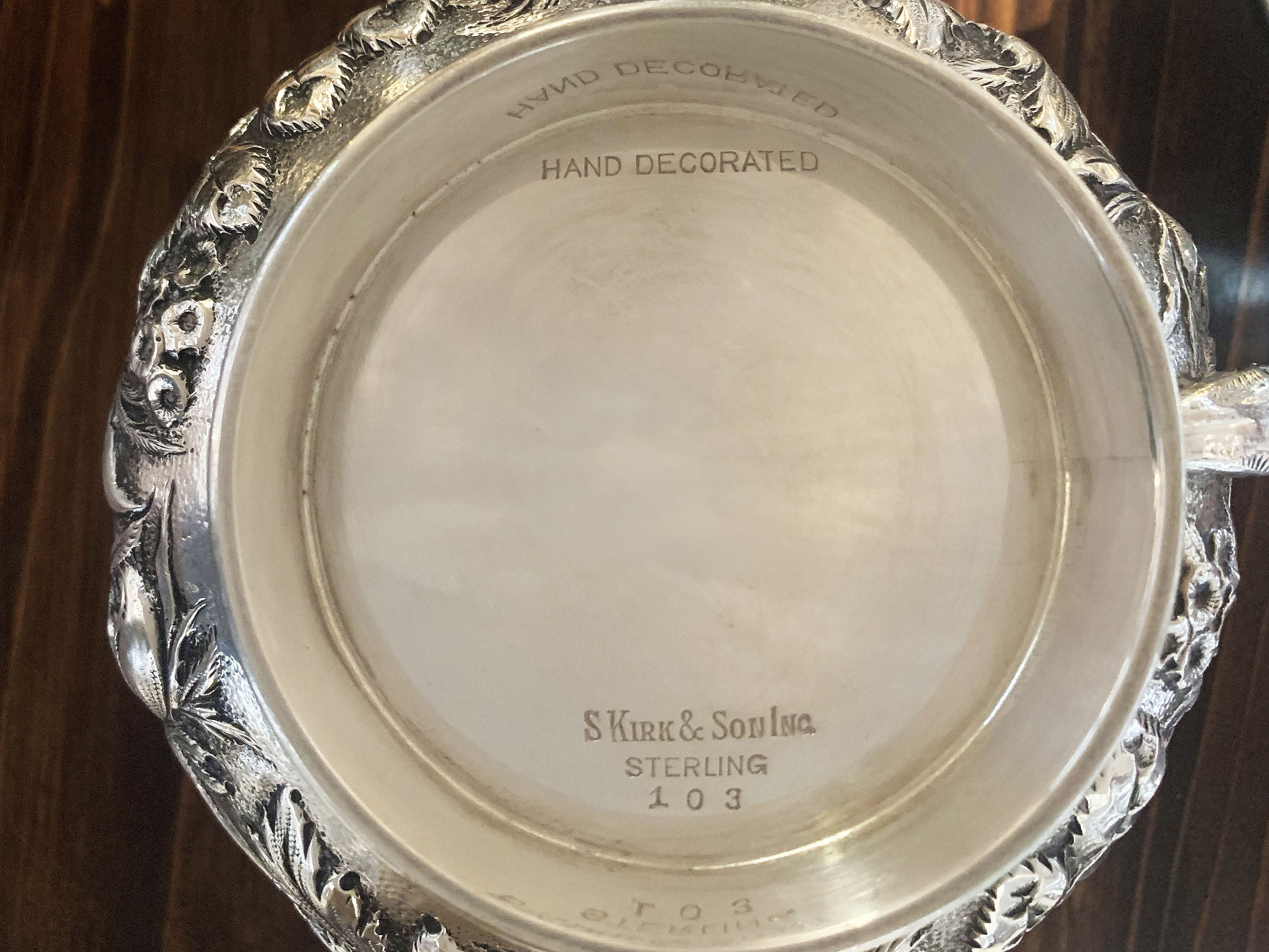 Elevate your afternoon tea with this elegant, hand decorated four-piece sterling tea set by S. Kirk & Son. Patented in 1815, this floral Repousse set was crafted in the 1920's.