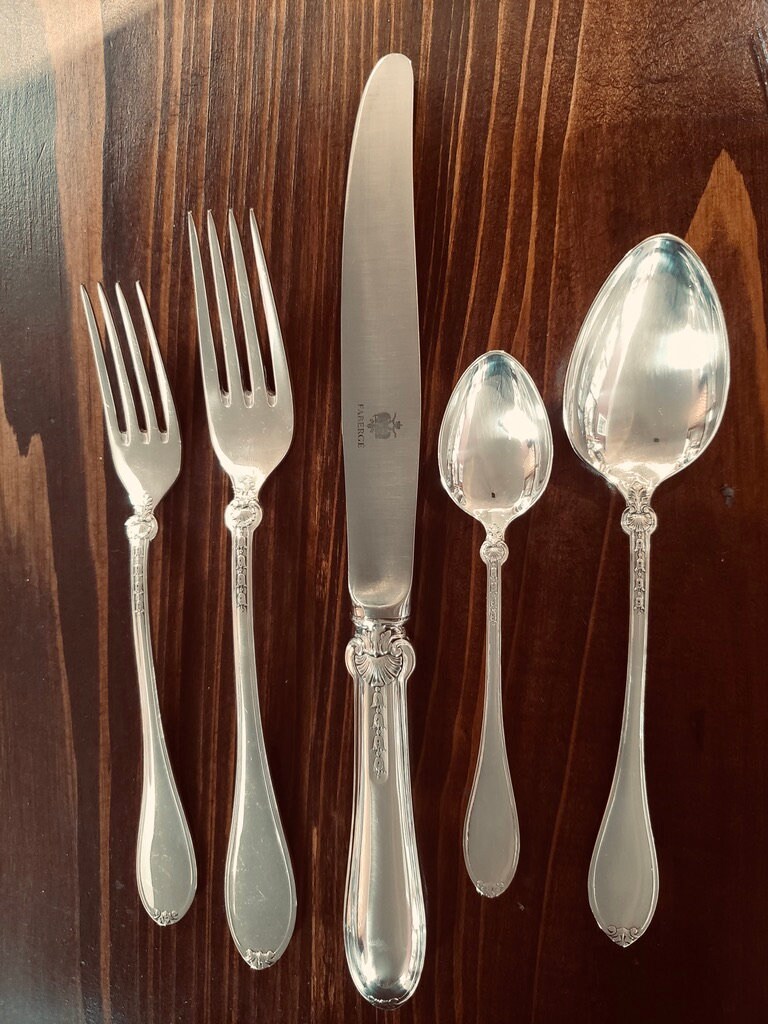 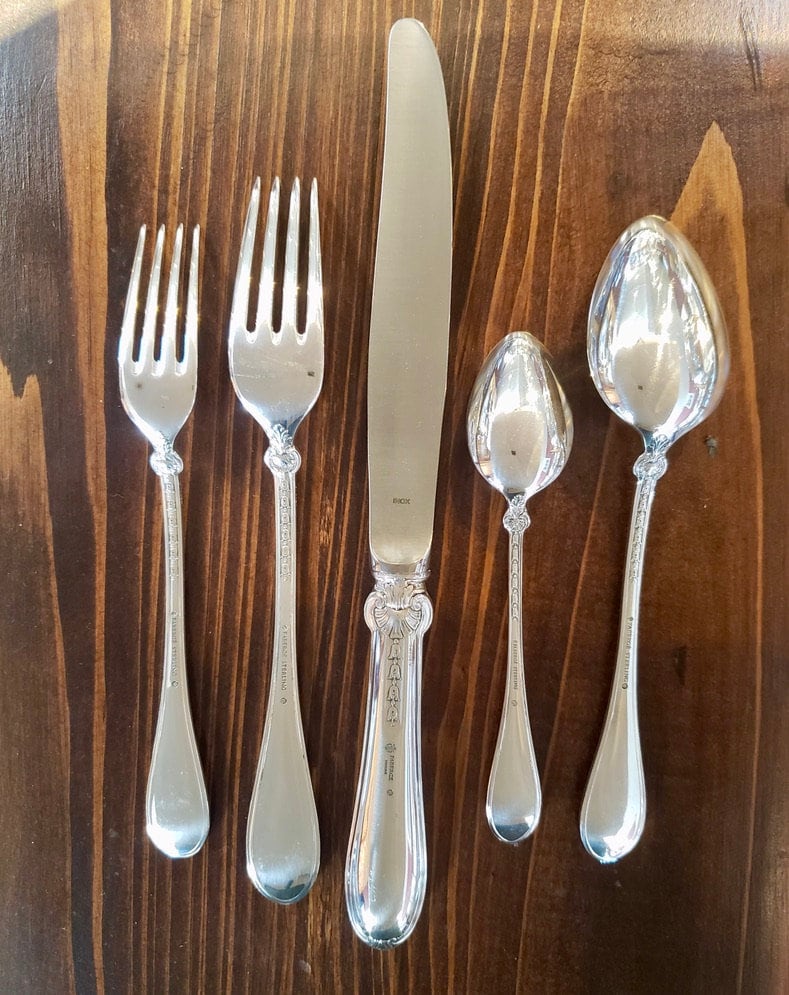 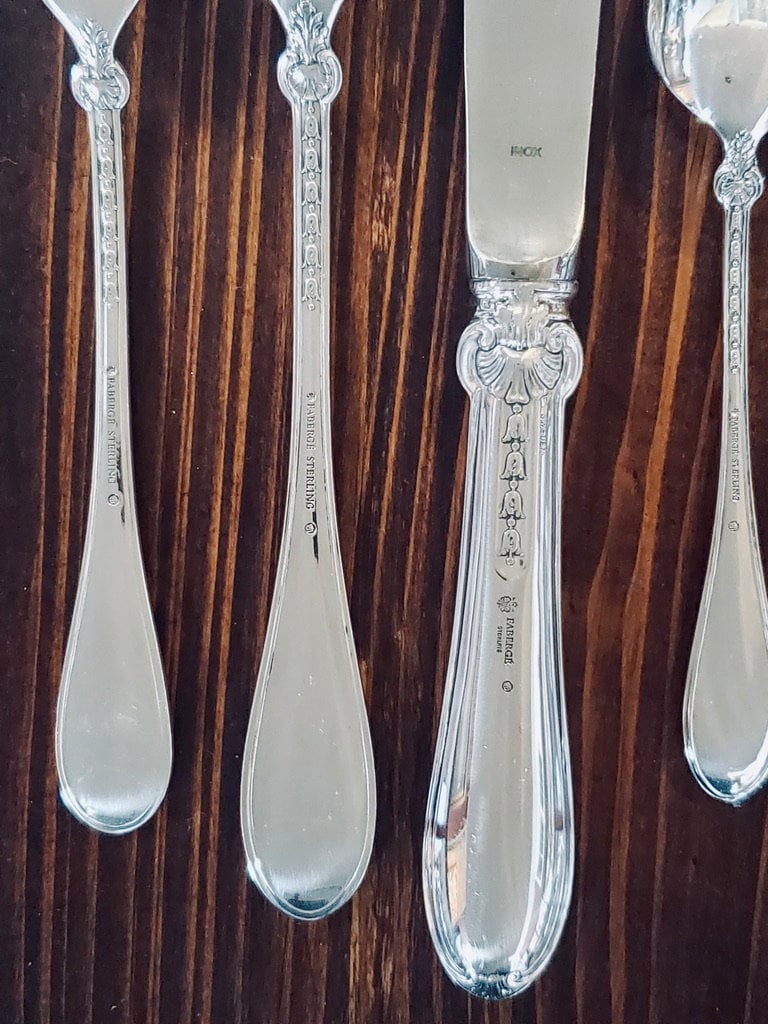 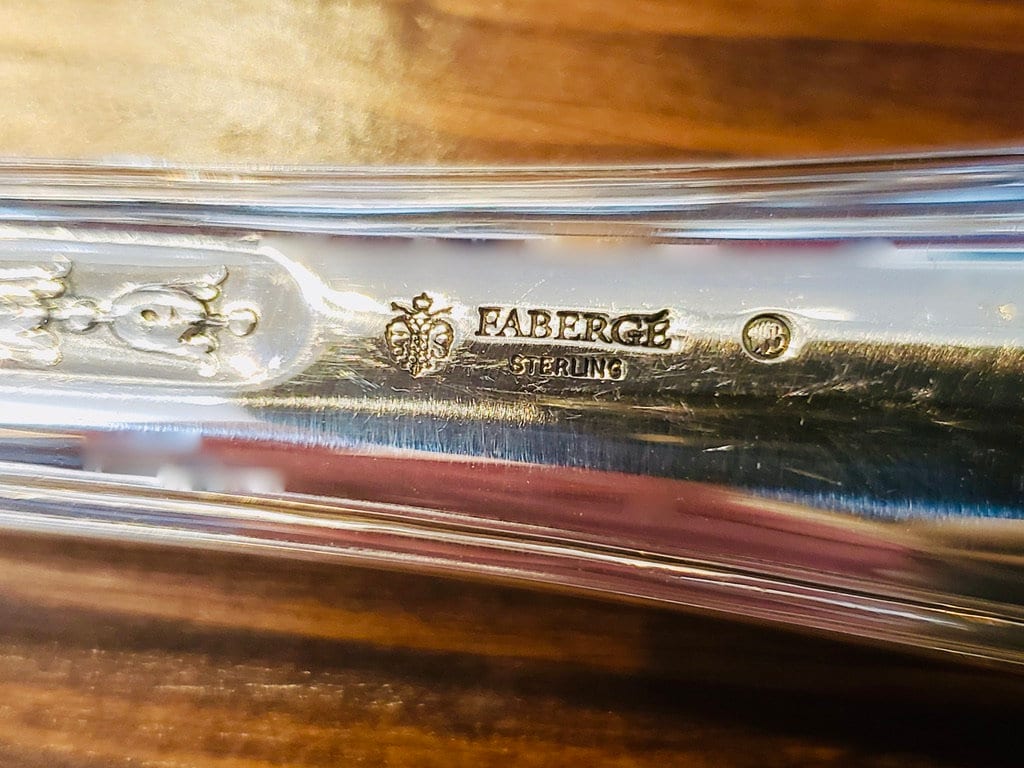 Gatchina Palace by Faberge' Sterling Silver 5 Piece Dinner Setting. Fabergé is known as the most revered name in luxury. Pieces are in very good estate condition. There are two sets available and sets includes:


In 1882 Peter Carl Fabergé took over his father’s very ordinary jewelry business. Together with his brother Agathon, he quickly transformed it into an international phenomenon. The success of the two brothers was changing the nature of the business. Out went the then fashionable style where diamonds prevailed. In came the design led artist jeweler with a penchant for colour through both stones and reviving the lost art of enameling. They added objets deluxe to their repertoire, including objets de fantaisie such as the Imperial Easter Eggs, now regarded as pinnacles of the goldsmiths’ art. Today these are treasured in some of the world’s leading museums and private collections. The craftsmanship of all their creations was of the very finest standard. This formula of design and craftsmanship made Fabergé irresistible and the ultimate objects to own, as well as the gift of choice.

The ancestors of the current Fabergé family lived in the Picardy region of northern France. The family’s name was then Favri and they were Huguenots (French Protestants) in a predominantly Catholic country. When Louis XIV revoked the Edict of Nantes in 1685, which gave Huguenots protection, they fled and headed northeast. Over the years the family’s name changed from Favri through Favry, Fabri, Fabrier to Faberge. By 1800 an artisan called Pierre Favry (later Faberge), had settled in Pärnu in the Baltic province of Livonia (now Estonia).
1830S

Gustav Faberge (born in 1814) went to St Petersburg, the capital of Russia, to train as a goldsmith. Initially he worked under Andreas Spiegel, a gold box specialist, but later joined the celebrated firm of Keibel, goldsmiths and jewelers to the Emperors of Russia.