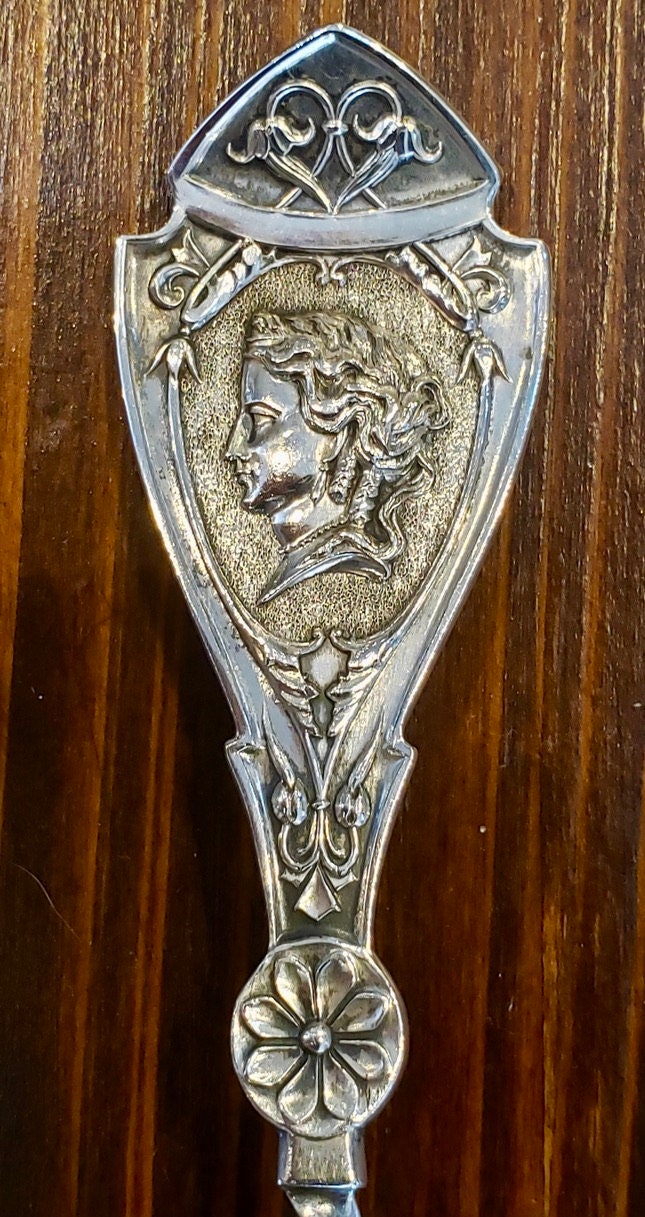 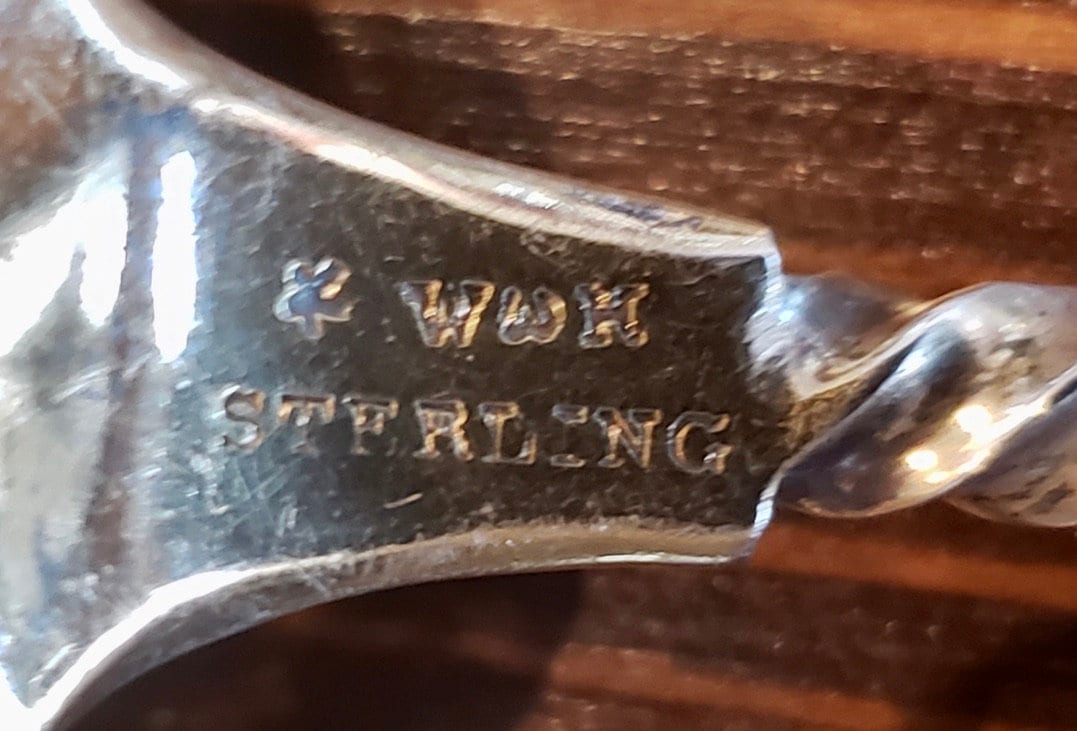 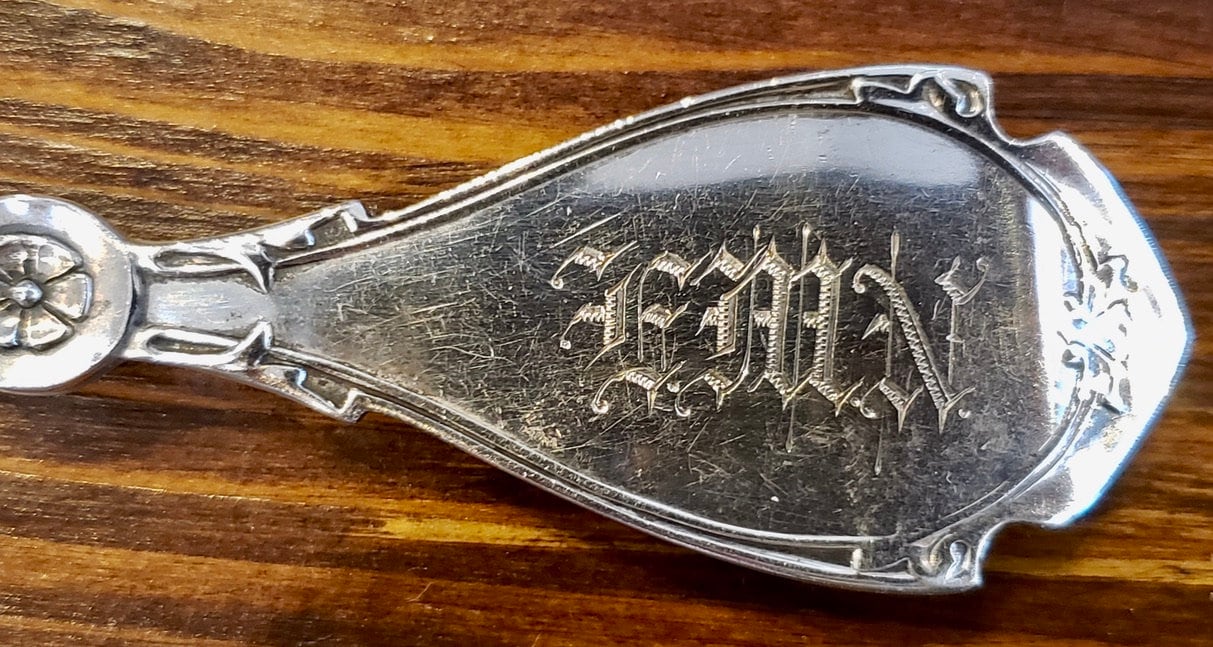 A rare and unusual Sugar Sifter in the sought after 1860's pattern "Medallion" by Wood & Hughes of New York. The handle of this sifter was inspired by Greek and Roman era designs. The "Medallion" motif was among the first ornate silver patterns to herald in the Victorian era in America. Many silversmiths of the time developed their own version of the Medallion pattern, and Wood & Hughes was among the most revered for its style and grace. Powder your favorite confectionery with this gorgeous sifter, while admiring this beautiful work of art!

Originally Gale, Wood & Hughes, the company was founded in 1833 by William Gale, Jacob Wood and Jasper H. Hughes. After the passing of William Gale in 1851, the company was joined by Charles Hughes and Stephen T. Fraprie. Co-founder Jasper H. Hughes retired in 1856. In 1865, Henry Wood and Dixon G. Hughes joined the business and later became equal partners. Wood & Hughes, though now defunct, continues to be recognized for their excellent crafting of sterling silverware.