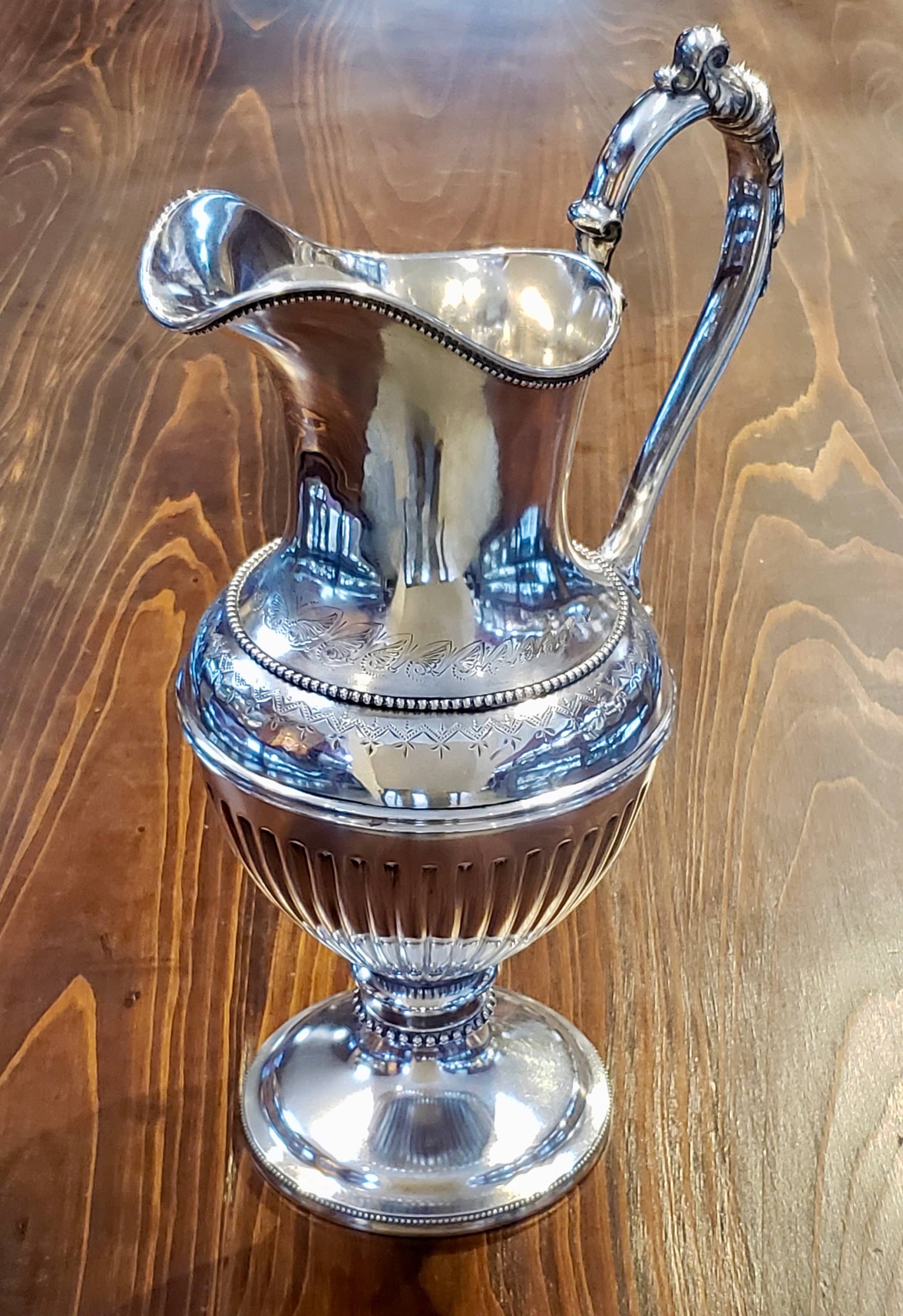 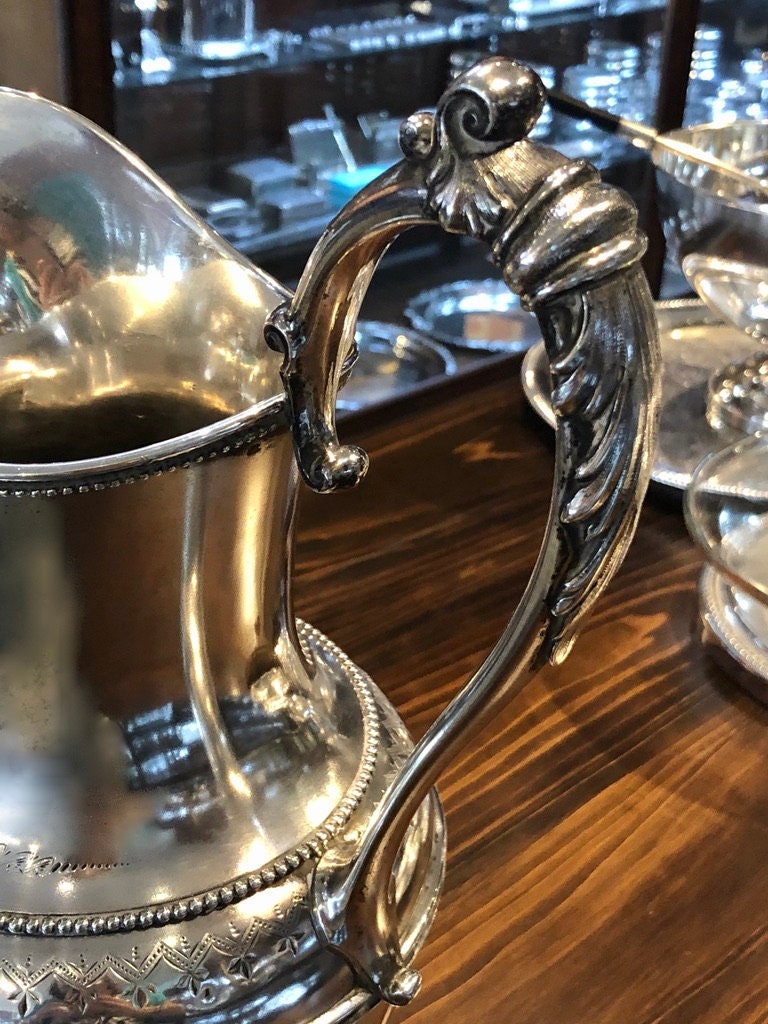 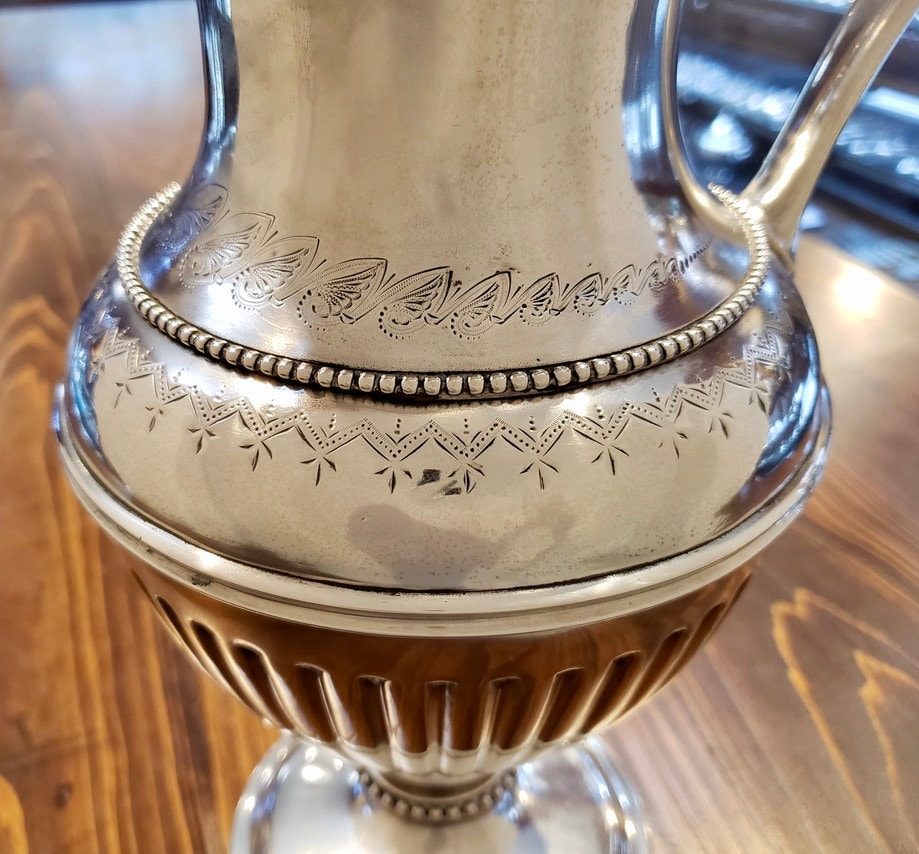 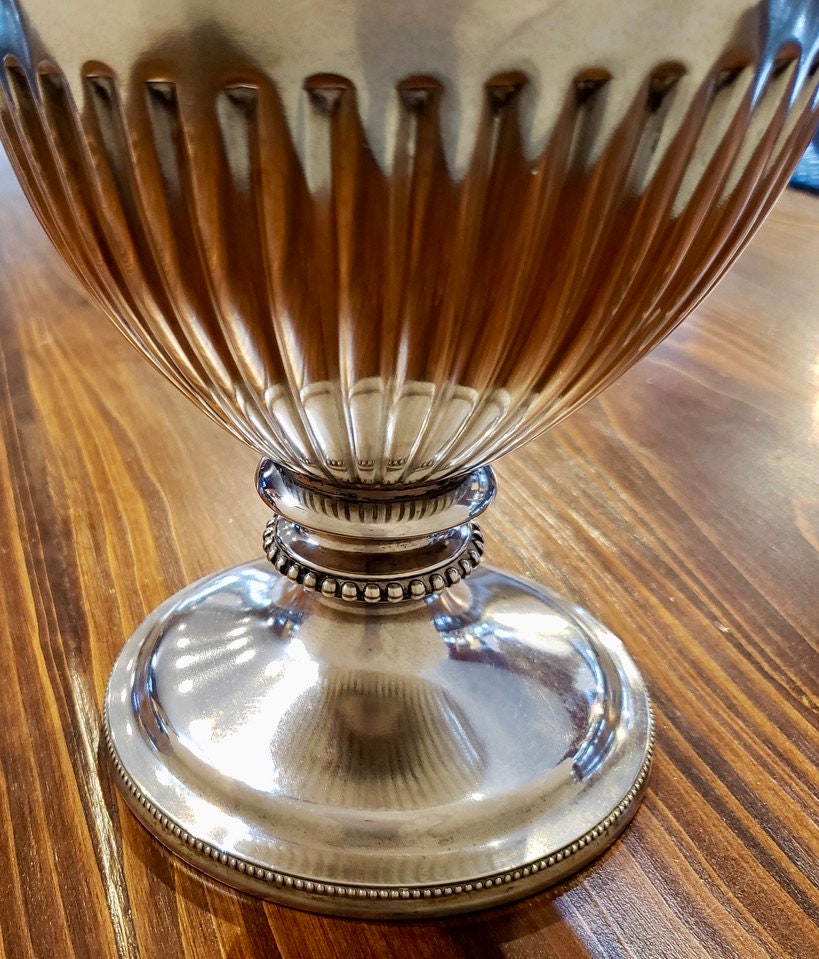 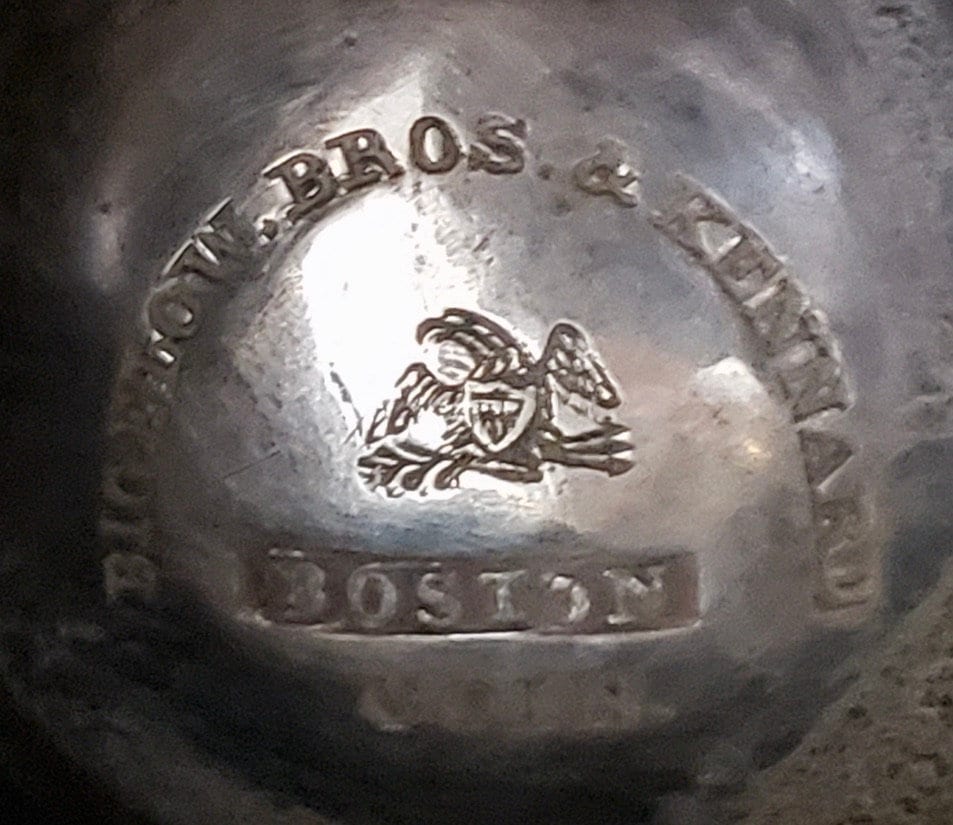 This Coin Silver Ewer was made in Boston, MA ca. 1860 by Bigelow, Kennard & Co. Designed with graceful lines, beading, fluting on the lower body, a hand engraved band at the center, and a gorgeously carved, decorative handle, this ewer is a shining example of mid-century silversmithing. For easy tarnish preventative storage, add https://www.etsy.com/listing/795958157

The firm was founded in 1830 in Boston (State Street) by John Bigelow. Soon afterwards John was joined by his brother Alanson, changing the name to Bigelow & Company.
Later entered in the business Abraham O. Bigelow (brother), M.P. Kennard, William H. Kennard and F.P. Bemis and the name was changed to Bigelow, Kennard & Co. In 1869 the firm moved to Boylston Street, Boston. After the death or retirement of the original partners, Alanson Bigelow Jr. became sole proprietor and was joined in 1895 by his son Alanson Bigelow (the third member of the family with the same name). Another son (Homer Lane Bigelow) entered in the partnership (in 1899, retiring some years later) and afterwards entered a son-in-law (Reginald C. Heath). The business was incorporated in 1912 and went out of business in 1922.