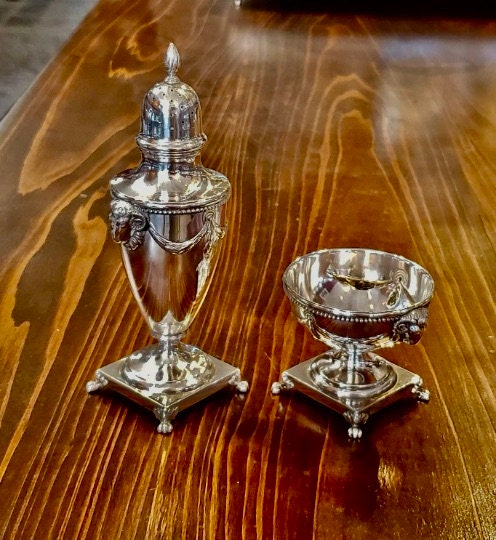 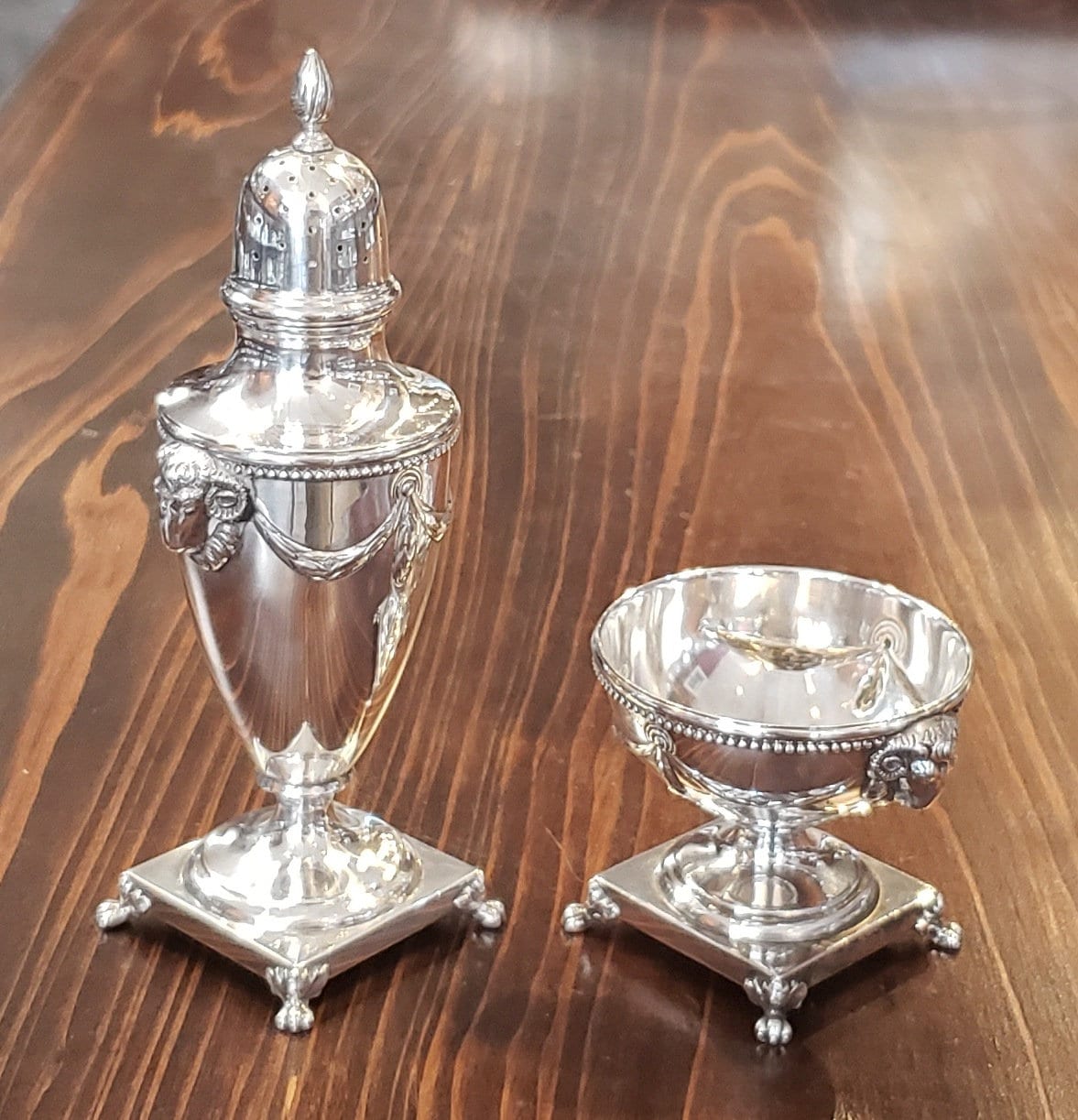 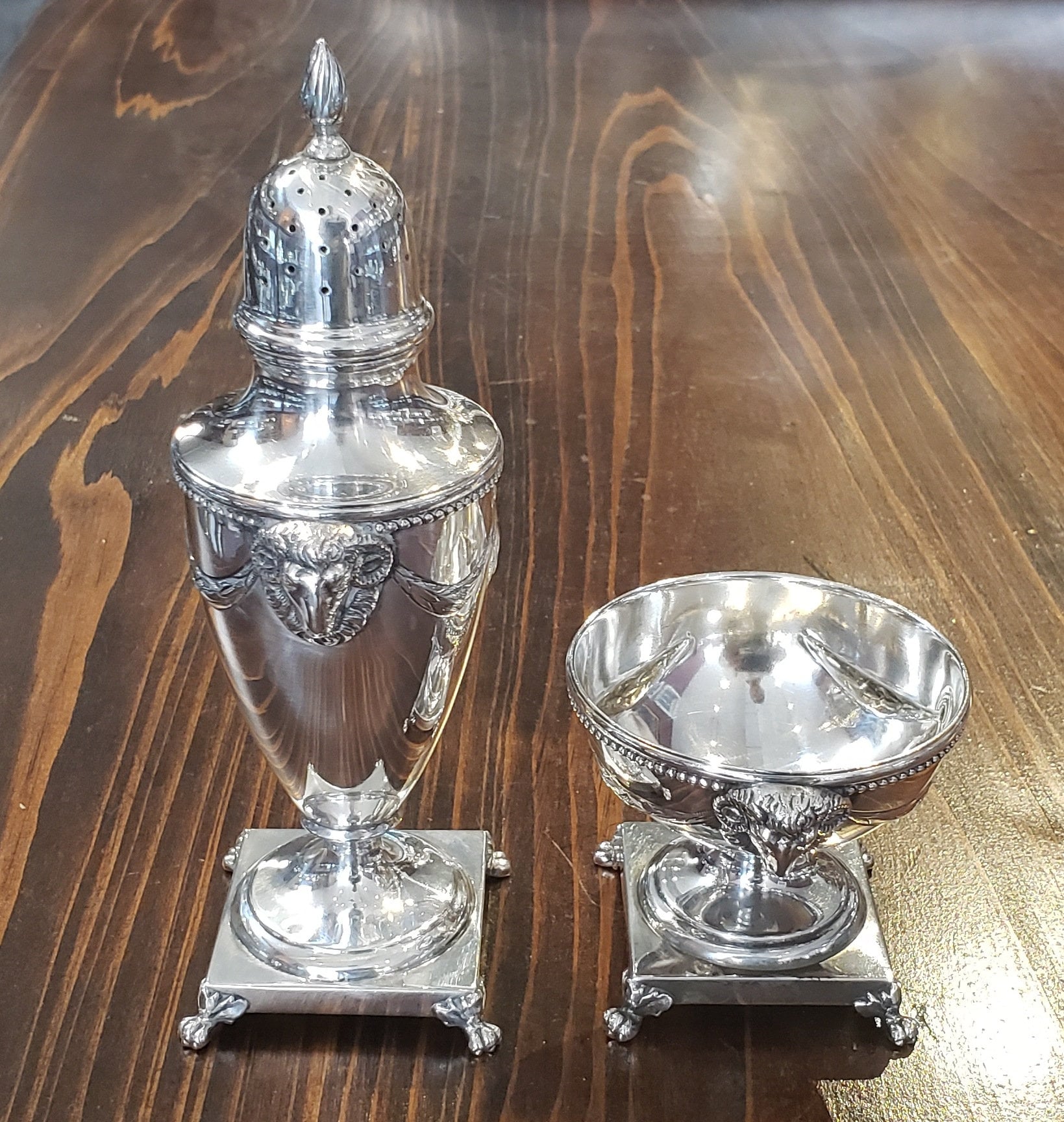 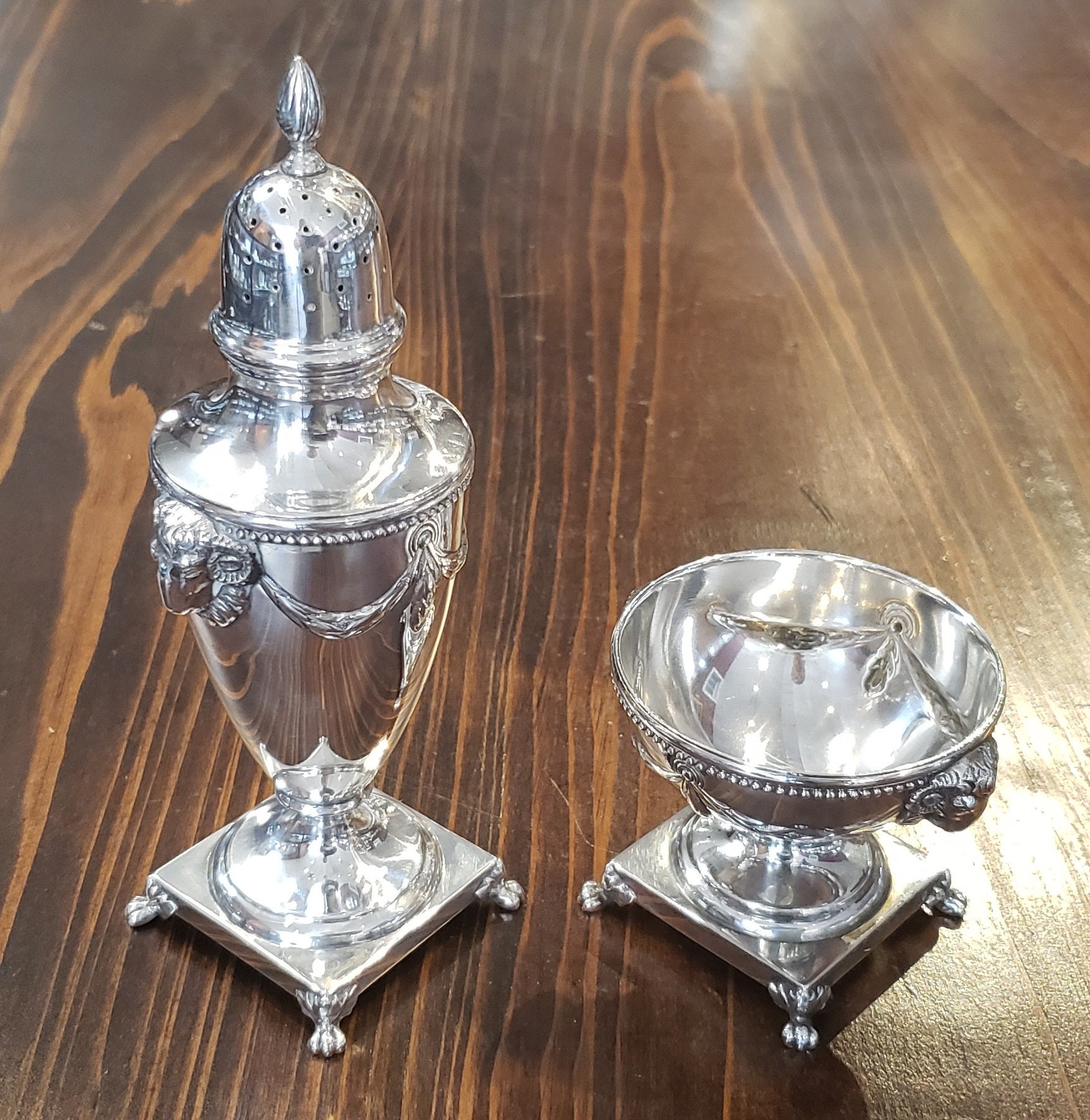 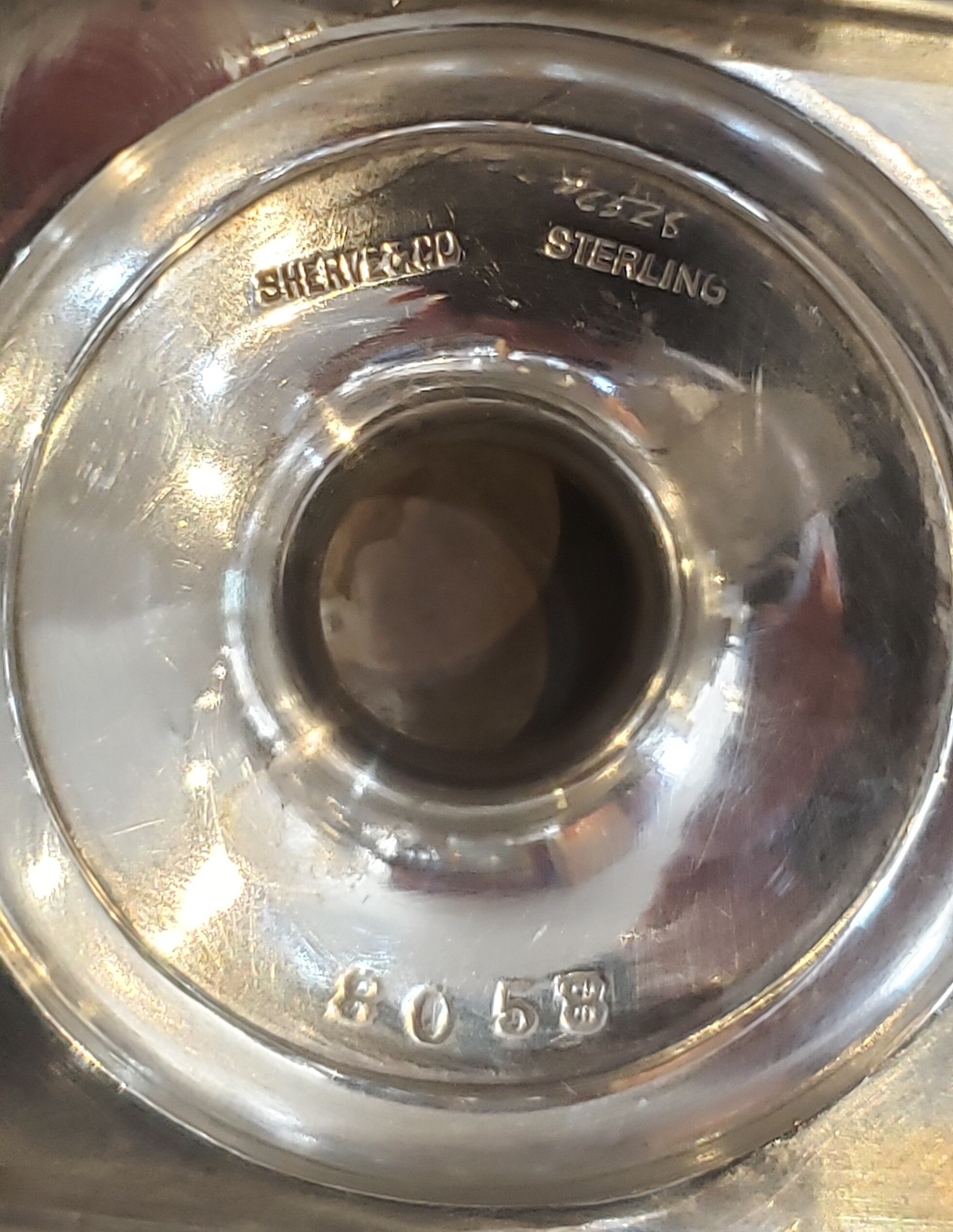 Adorn your table with this gorgeous sterling silver Salt Cellar and Pepper Shaker set made by Shreve & Co. of San Francisco ca. 1910. Despite the age, this set is in beautiful condition, and has no monograms, dents or scratches. This is a stunning and rare set!