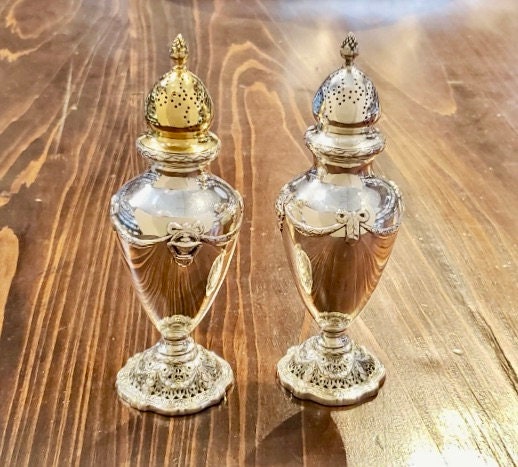 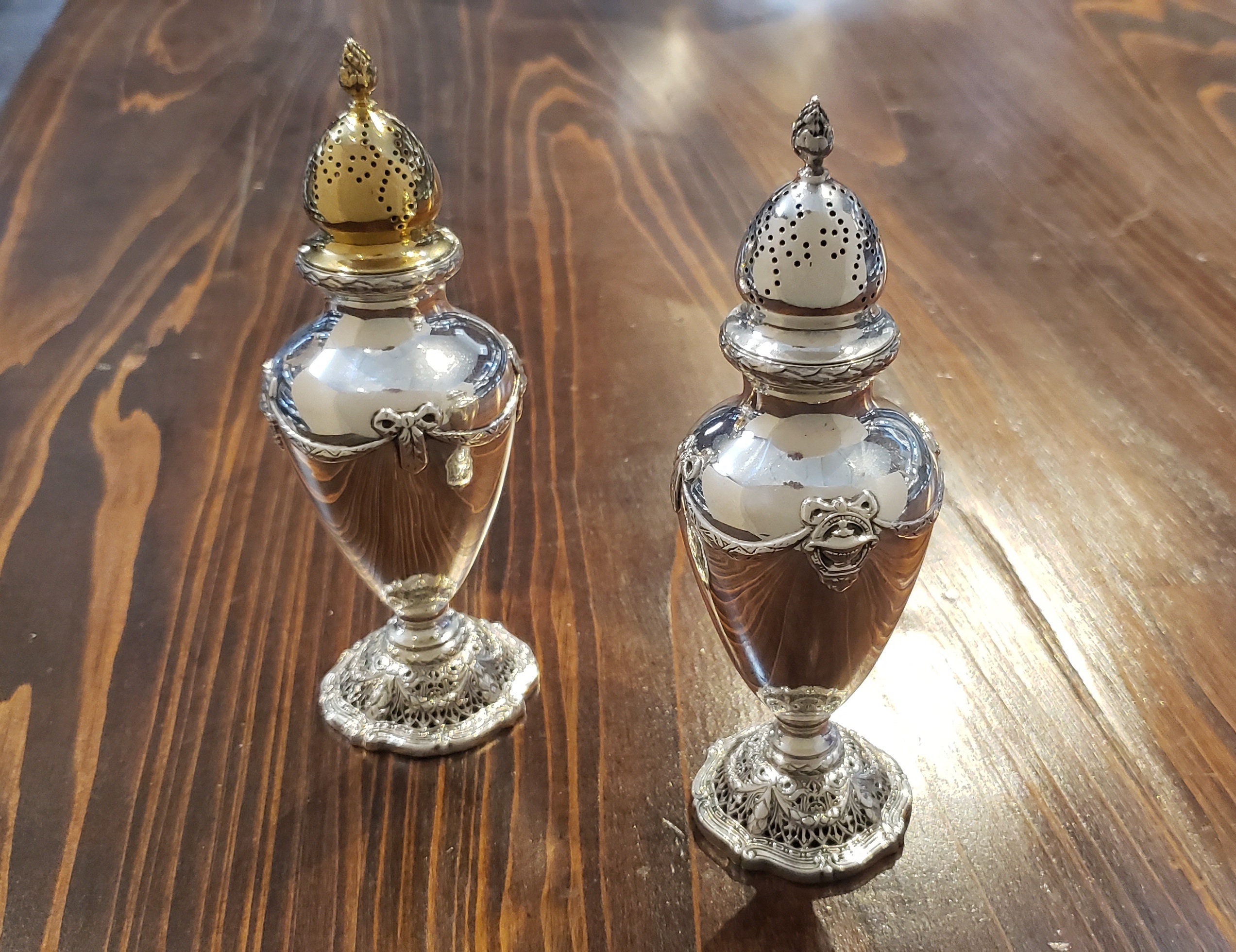 Decorate your table with this impressive sterling silver salt and pepper shaker set made by Shreve & Co. of San Francisco ca. 1900. The salt shaker is functionally decorated with a 22 k gold wash to protect the silver from exposure to salt. This set is in beautiful, estate condition with no monograms, dents or scratches.


In 1804, Thomas Jefferson dreamed of “The City by the Bay" and so he sent Lewis and Clark to explore the west. A half-century later, “49ers” made the same trek with hopes of riches beyond their wildest dreams during the California Gold Rush. Soon after, investors, artists, and entrepreneurs searched for the world's finest timepieces and jewelry to showcase their successes and thus Shreve and Co. was born. By the 1860s, Shreve & Co. had established its reputation as the finest silver and goldsmith in America. Many of the company’s spectacular pieces were collected by presidents, business tycoons, and prominent families. These same pieces now reside in museums and private collections around the world including a 10-inch tall solid gold Teddy Bear commissioned as a gift by the citizens of San Francisco for Teddy Roosevelt. Before the turn of the century, Shreve & Co. became the second jeweler in the United States to represent Patek Philippe in 1887. As long as luxury Swiss timepieces have been provided to the United States, Shreve & Co. has been at forefront. Throughout the 20th century, Shreve & Co. has been celebrated around the globe for innovative designs and impeccable craftsmanship. Today, Shreve & Co. is the oldest retail jeweler in the state of California and still known as a destination for an international clientele of connoisseurs and collectors of fine jewelry and luxury timepieces on Post Street in San Francisco and in Stanford Shopping Center in Palo Alto. Cutting edge renovations were completed for both stores in 2017 and 2019 respectively to stay current with the world of tomorrow's patrons.