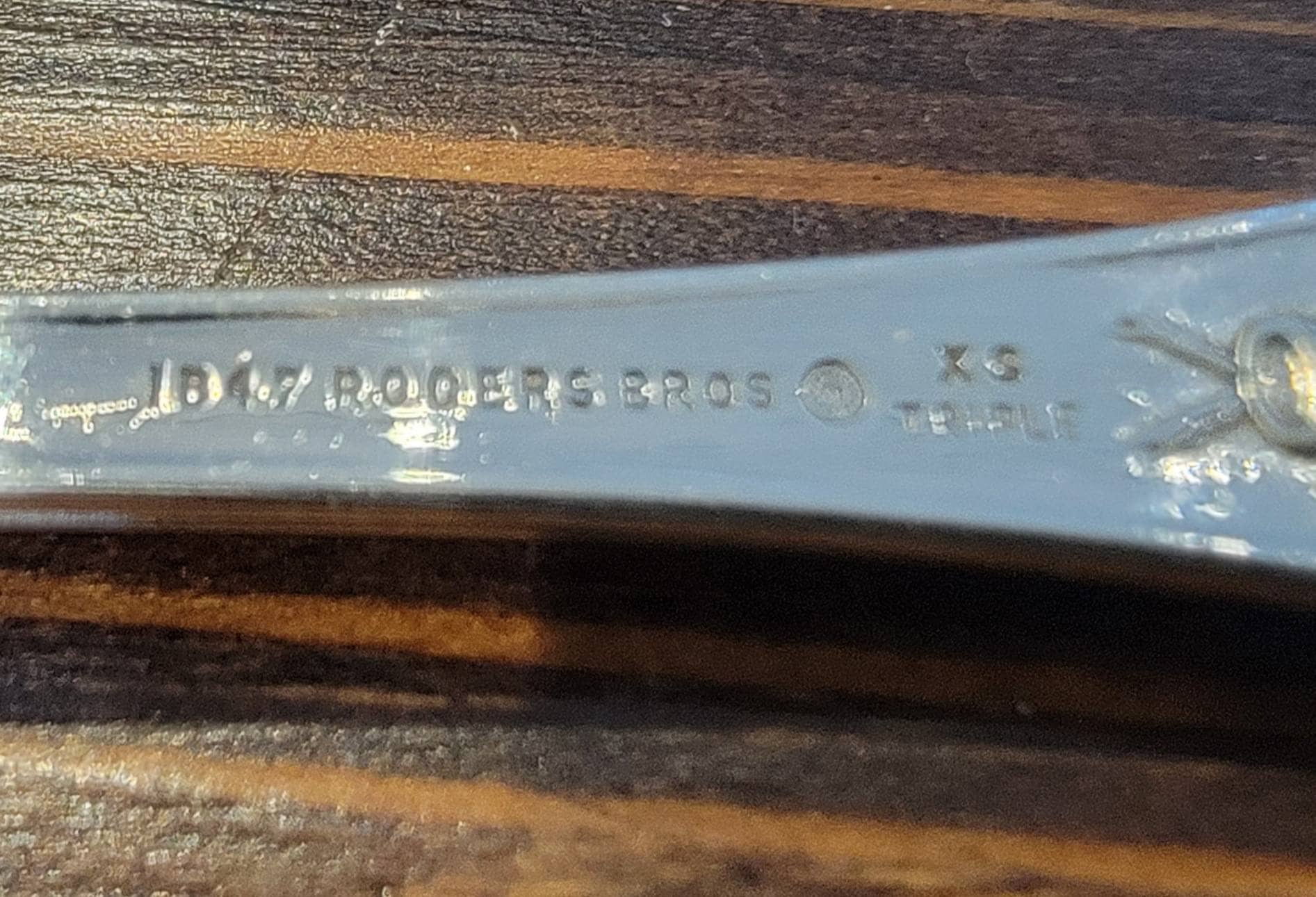 The original three Rogers brothers, William, Asa, and Simeon, were associated with the many spinoffs of the Rogers silver dynasty. The 1847 Rogers Bros. trademark was used from 1862, but lots of companies with this name were created, merged, separated in an endless succession of intertwined relationships. Rogers is a recurrent name in American makers of coin, sterling and silverplate ware.