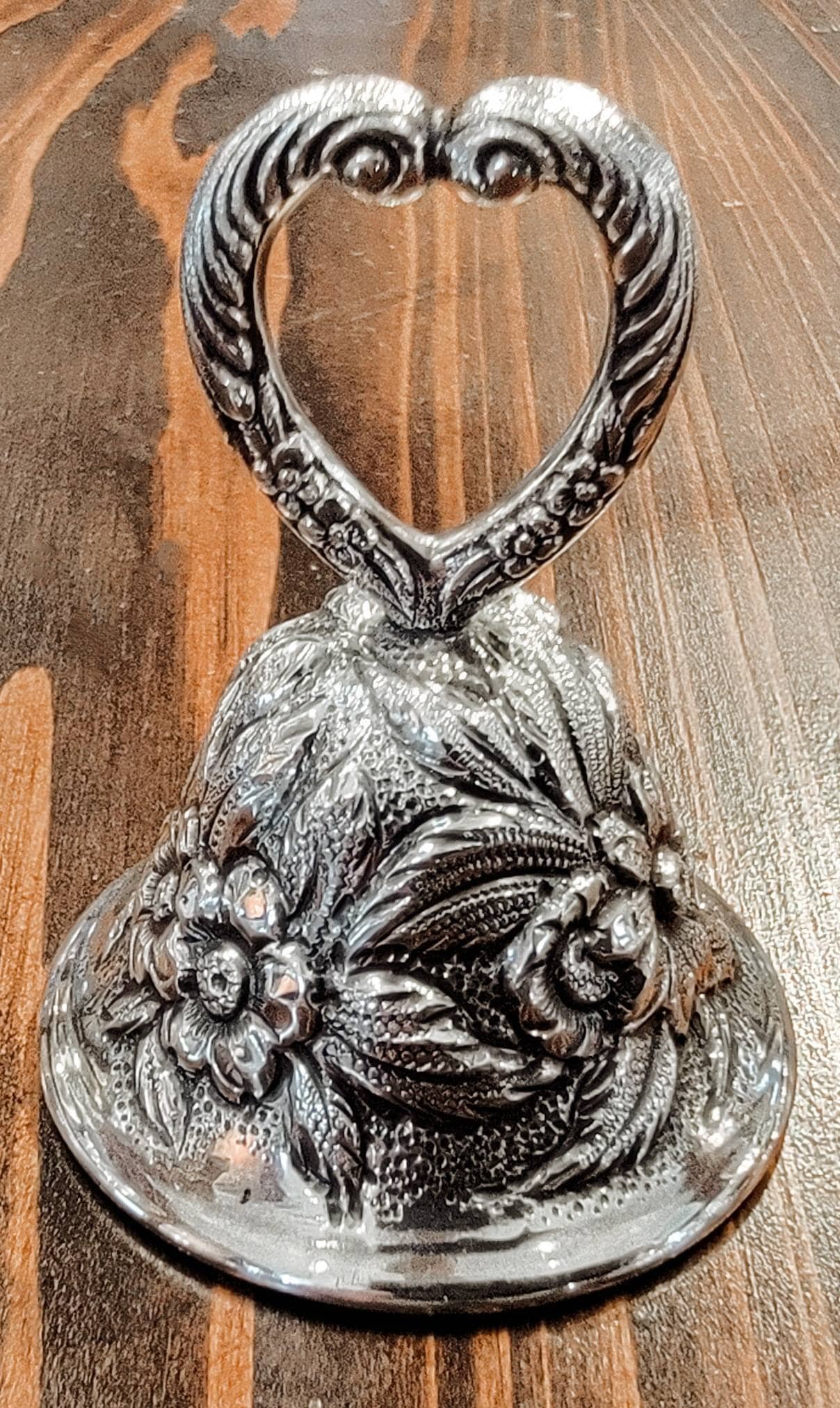 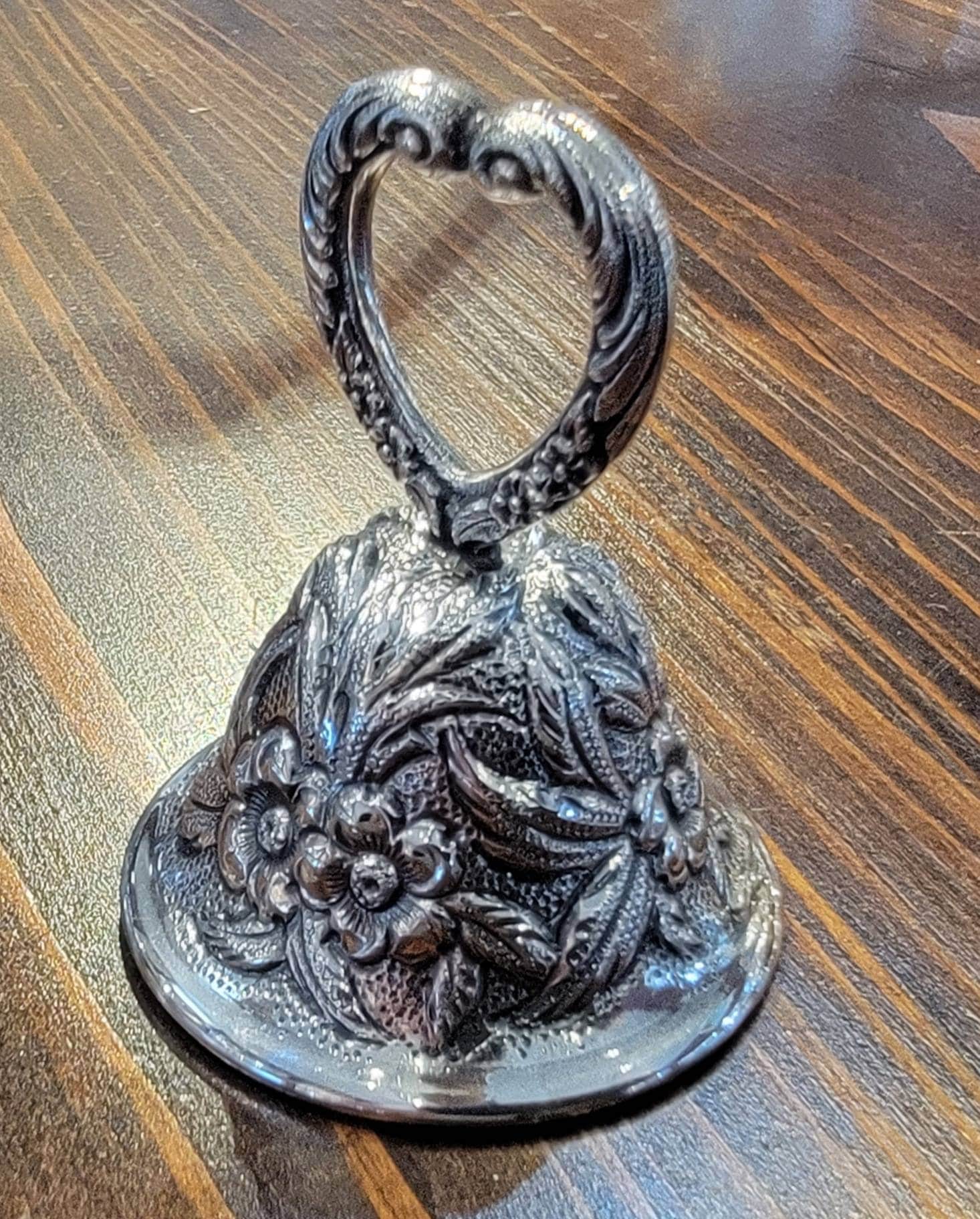 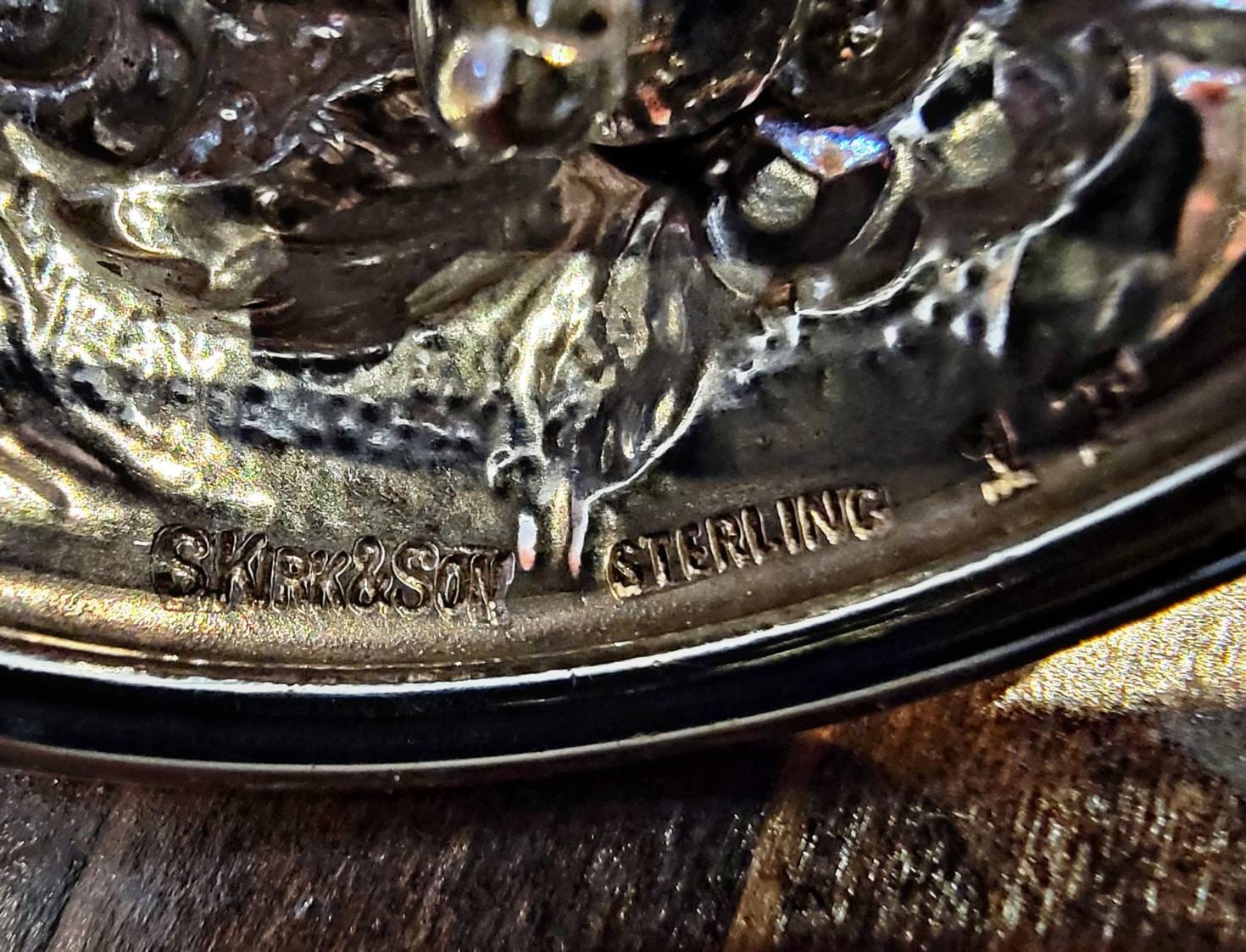 A sterling silver bell in the "Repousse" pattern by S. Kirk & Son of Baltimore, MD.