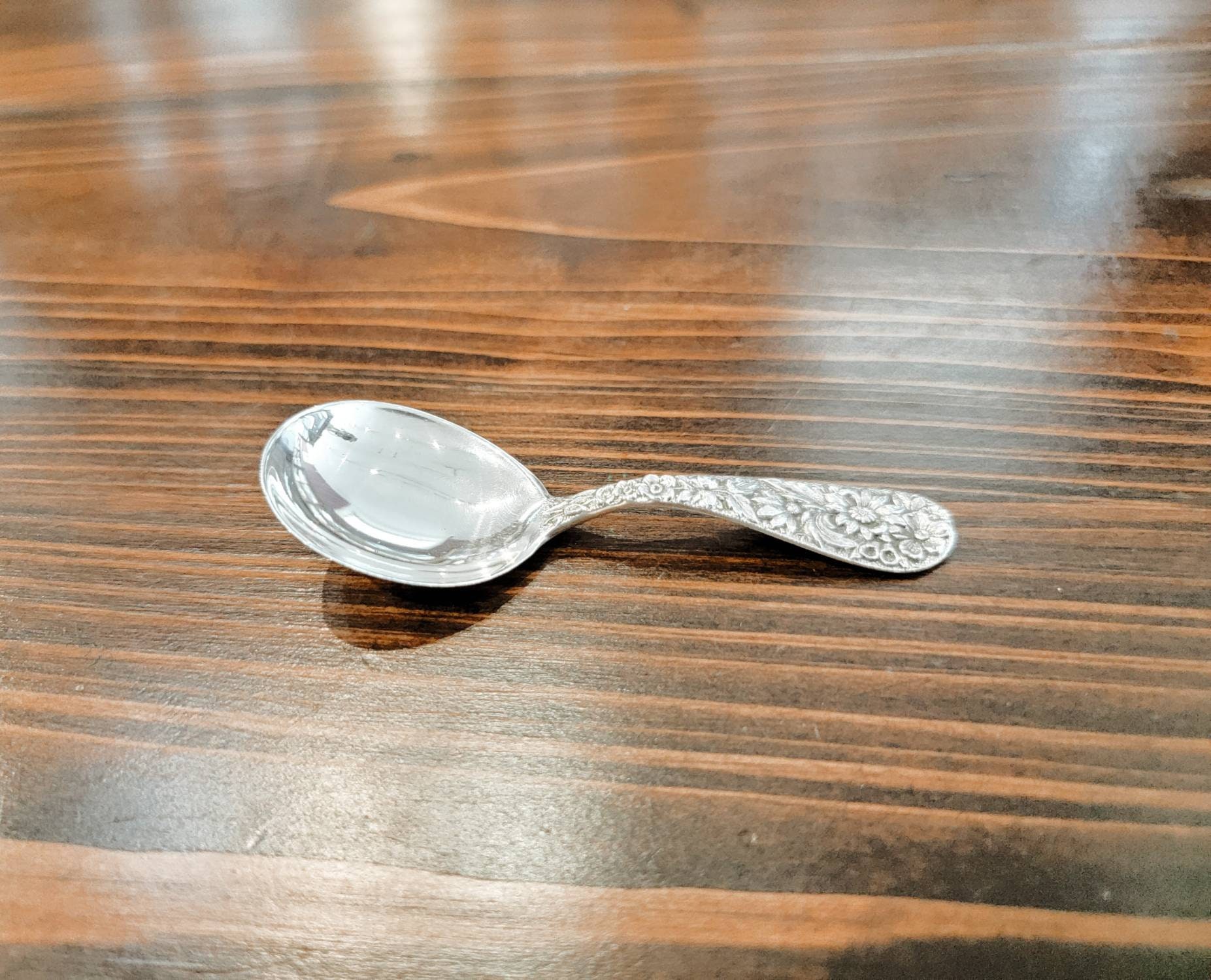 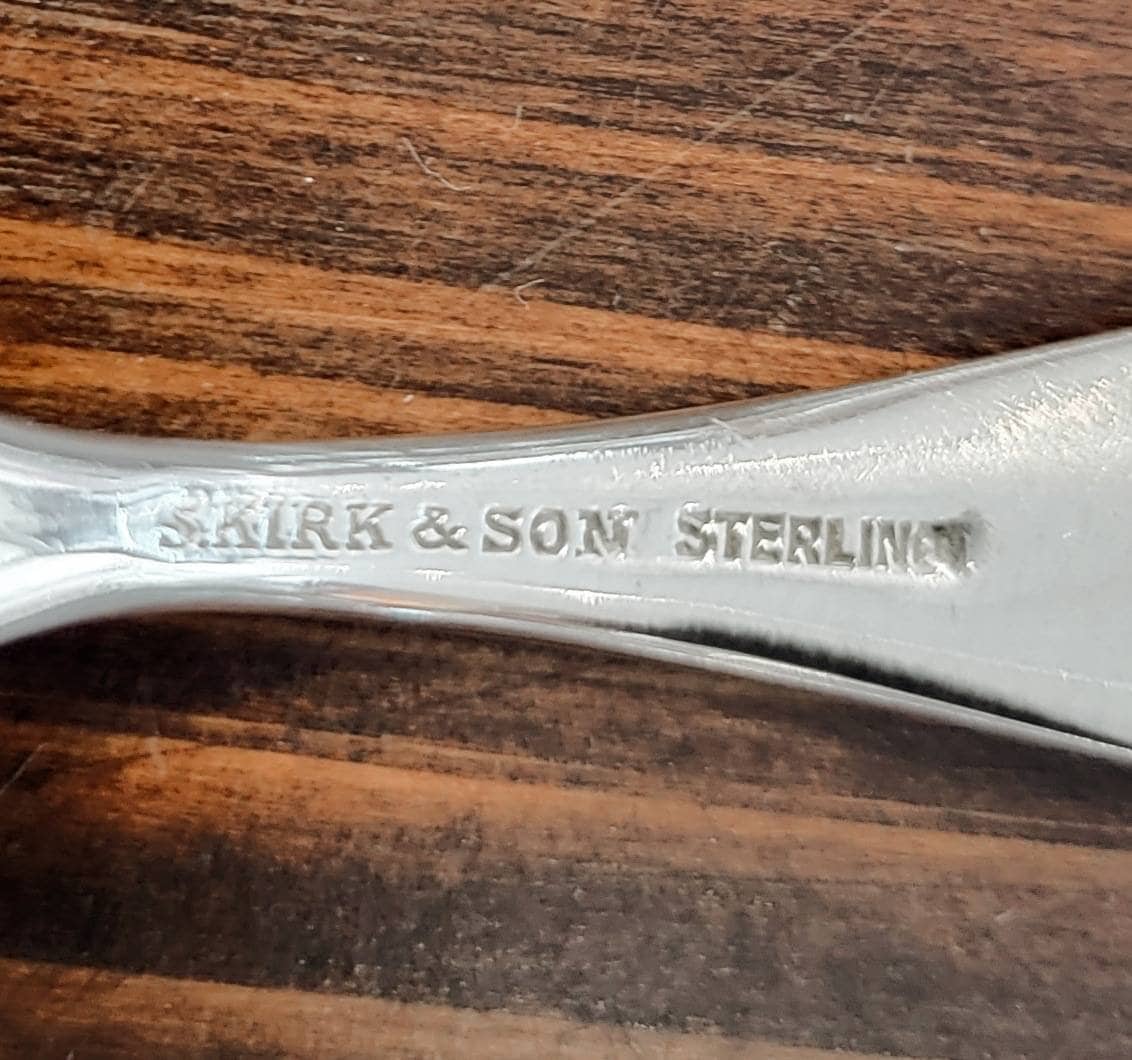 A cute sterling silver baby spoon in the repousse pattern by S. Kirk and Son of Baltimore, Maryland. 3 3/4", 0.70 troy ounce