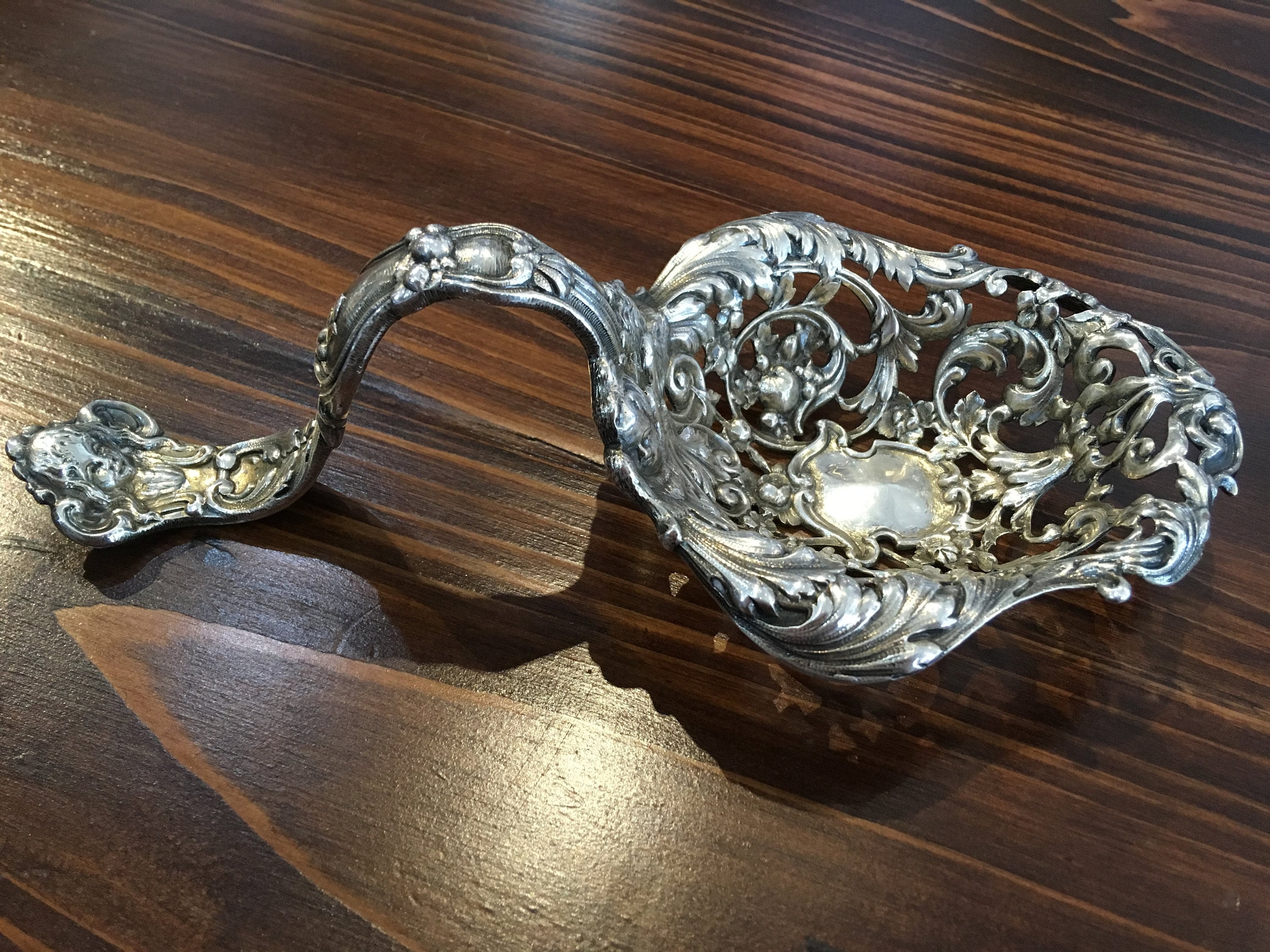 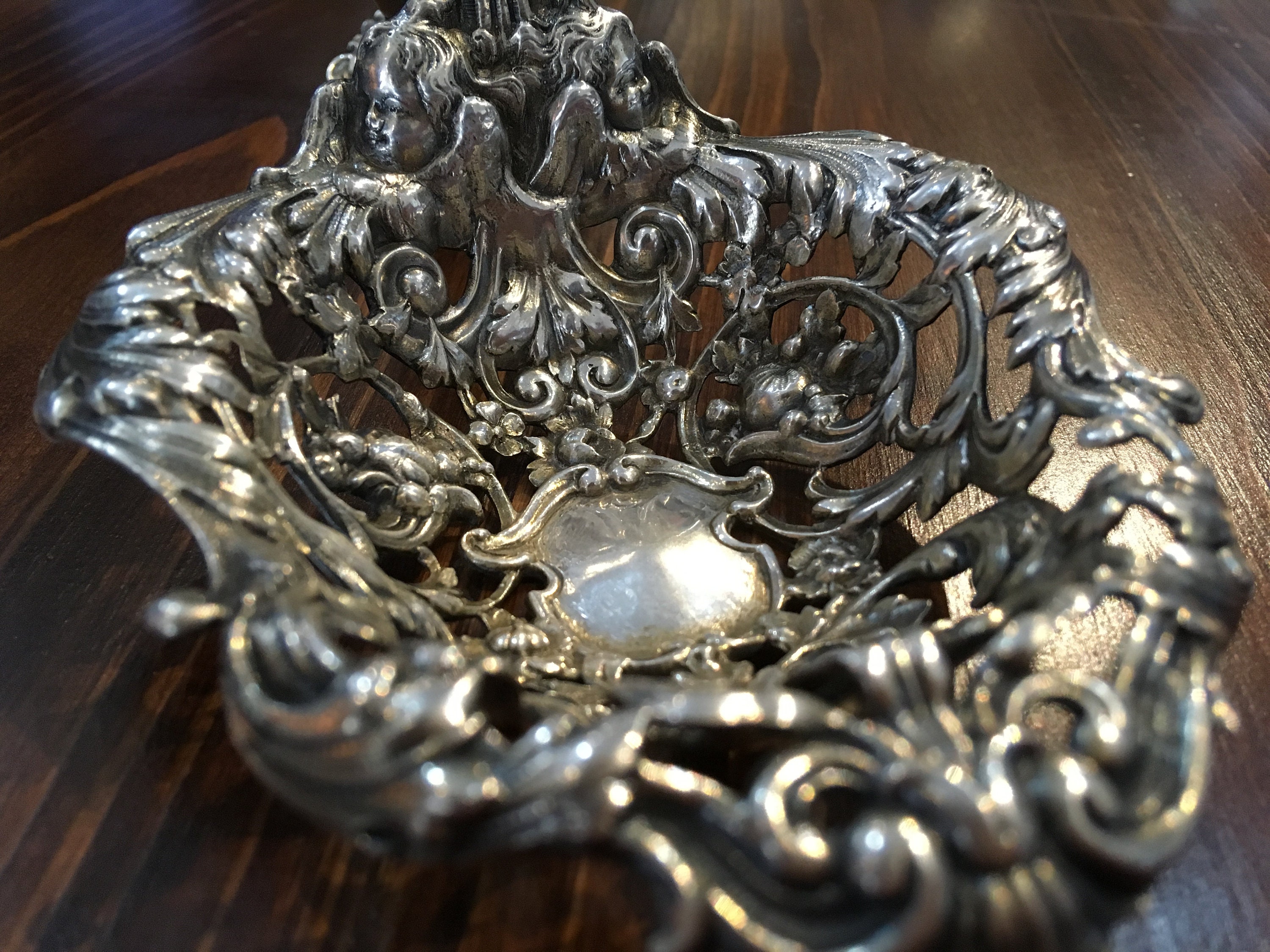 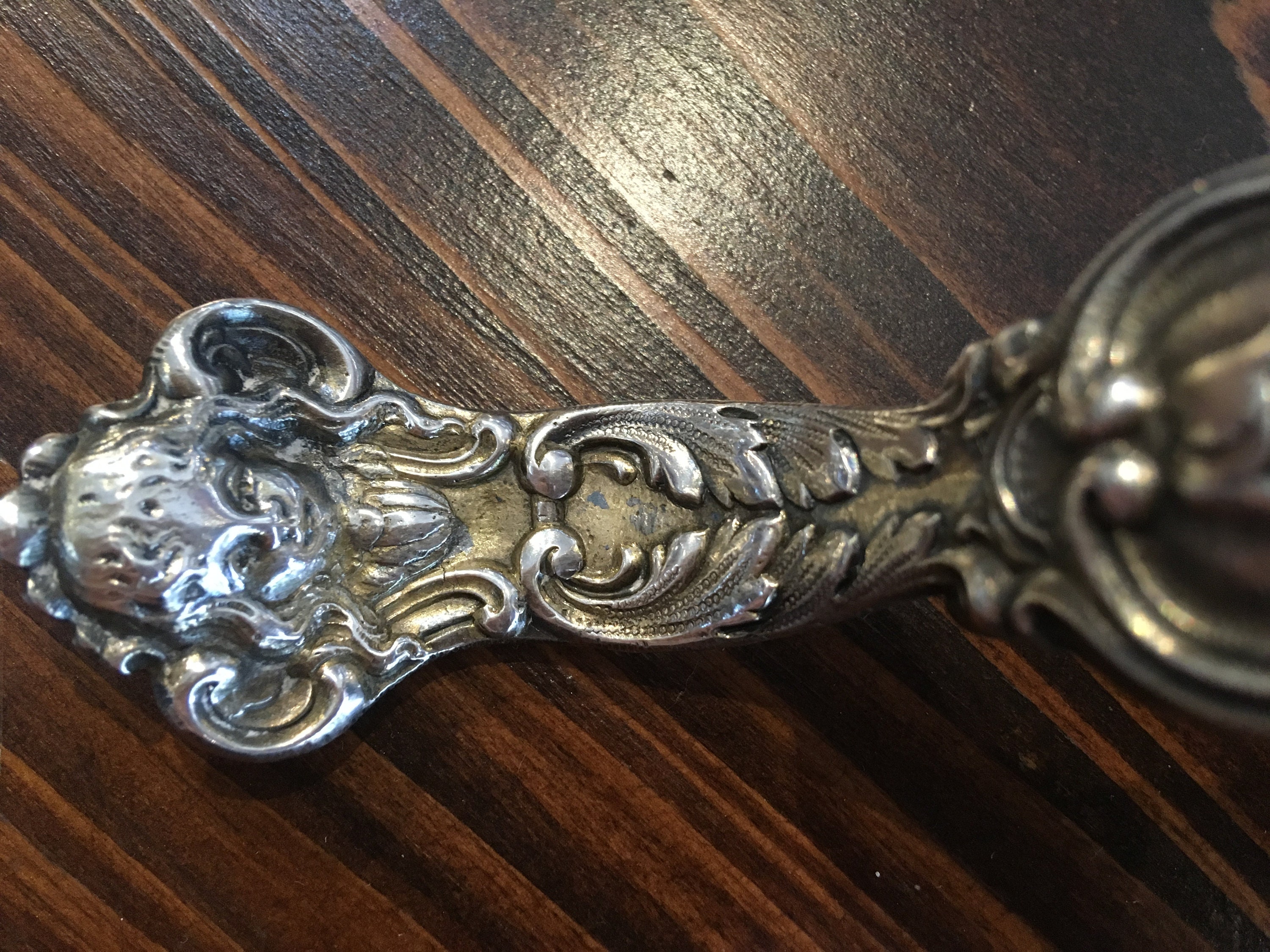 This artful sterling silver bonbonniere was created by Gorham Silver Co. around 1900. Fashioned in the image of a large spoon, this piece is meant to serve as a candy bowl used to serve mints, bon bons or other after dinner treats to guests. The curved handle allows it to be an extension of your hand when held. The deeply curved reticulated bowl is decorated with scrolls and florals and a gracefully curved handle with a cherub face at the top. There is a concave circle on the bottom that allows it to sit flat on the table and it appears as a raised button on the inside bottom of the bowl