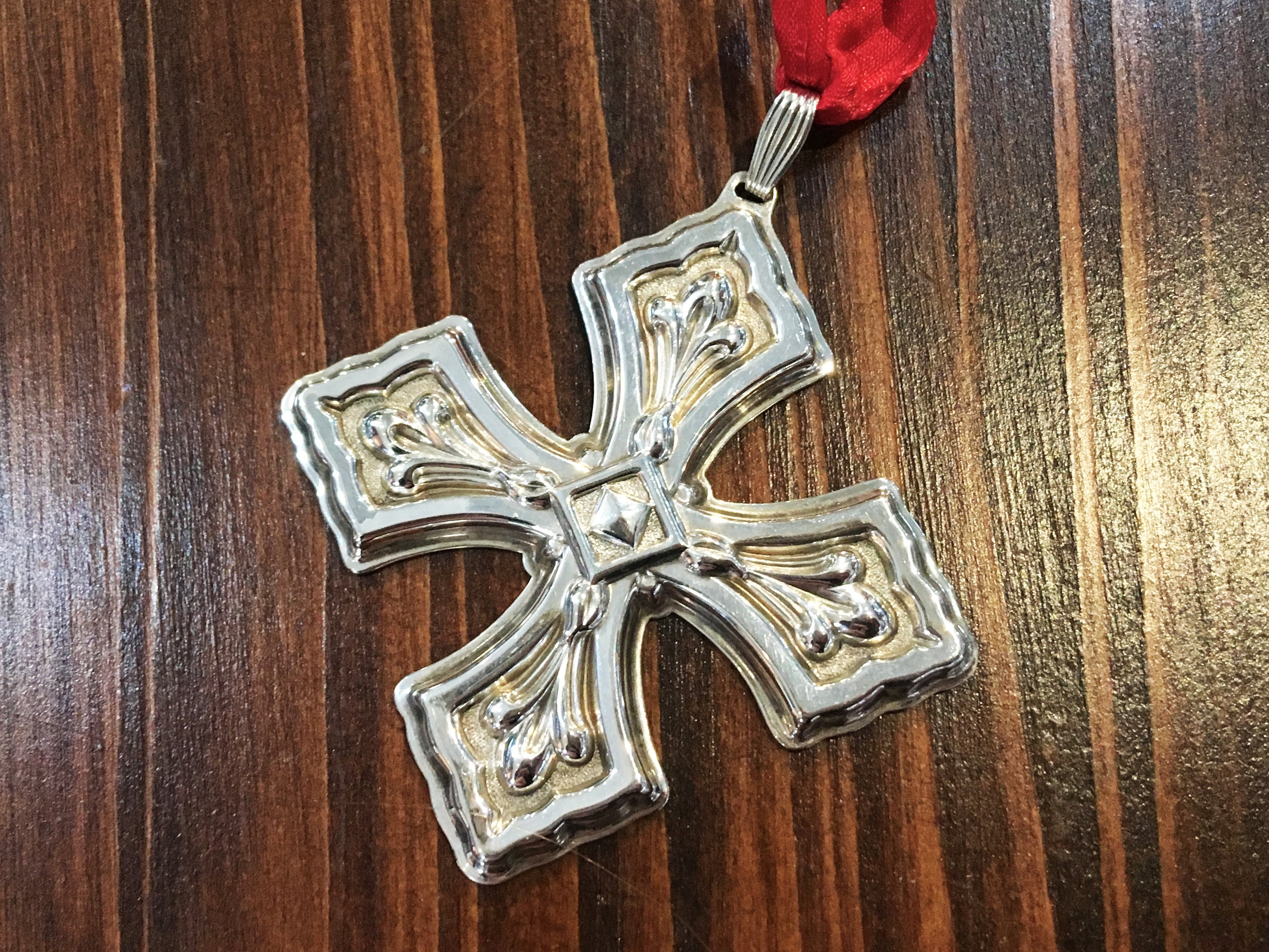 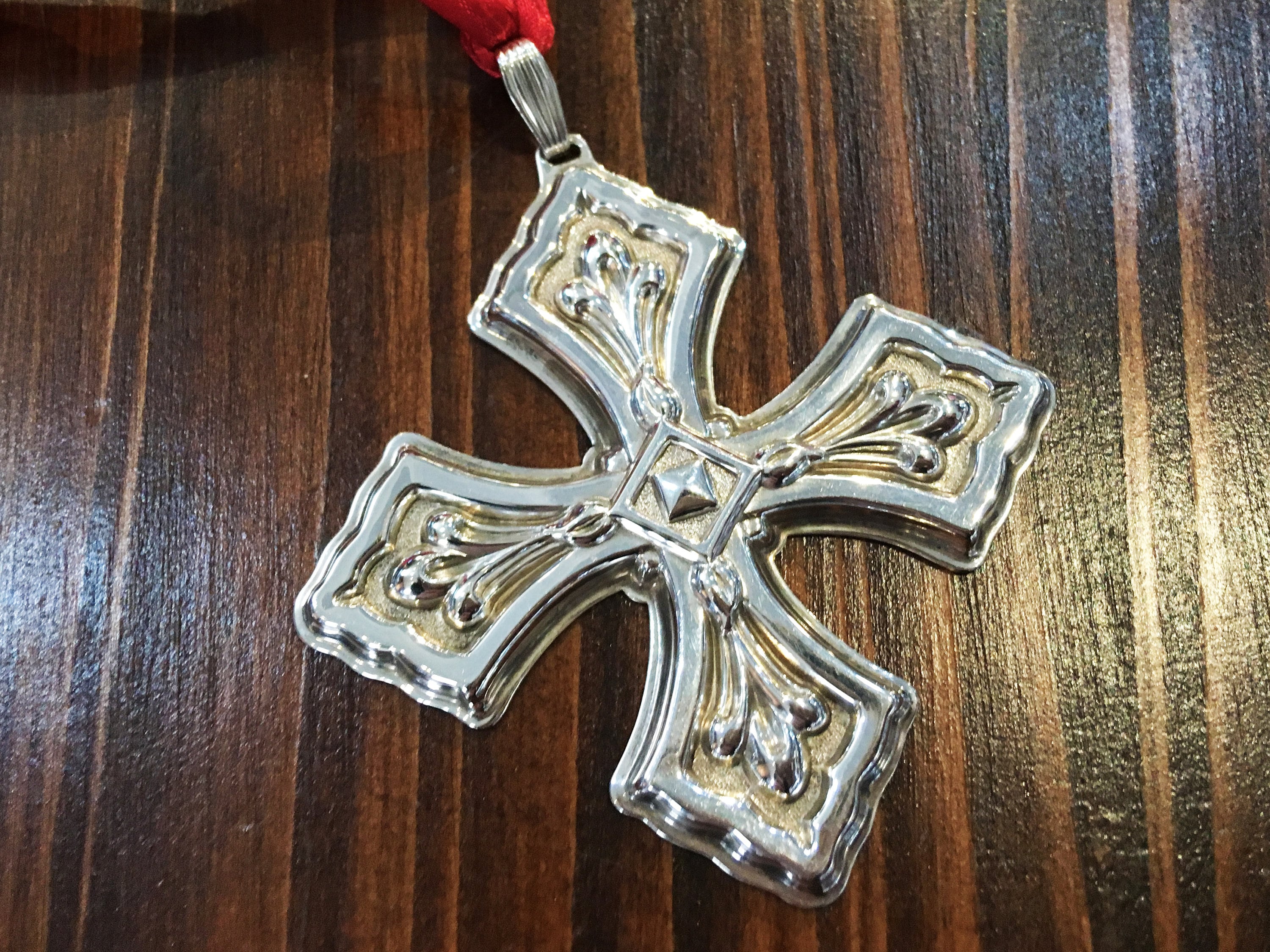 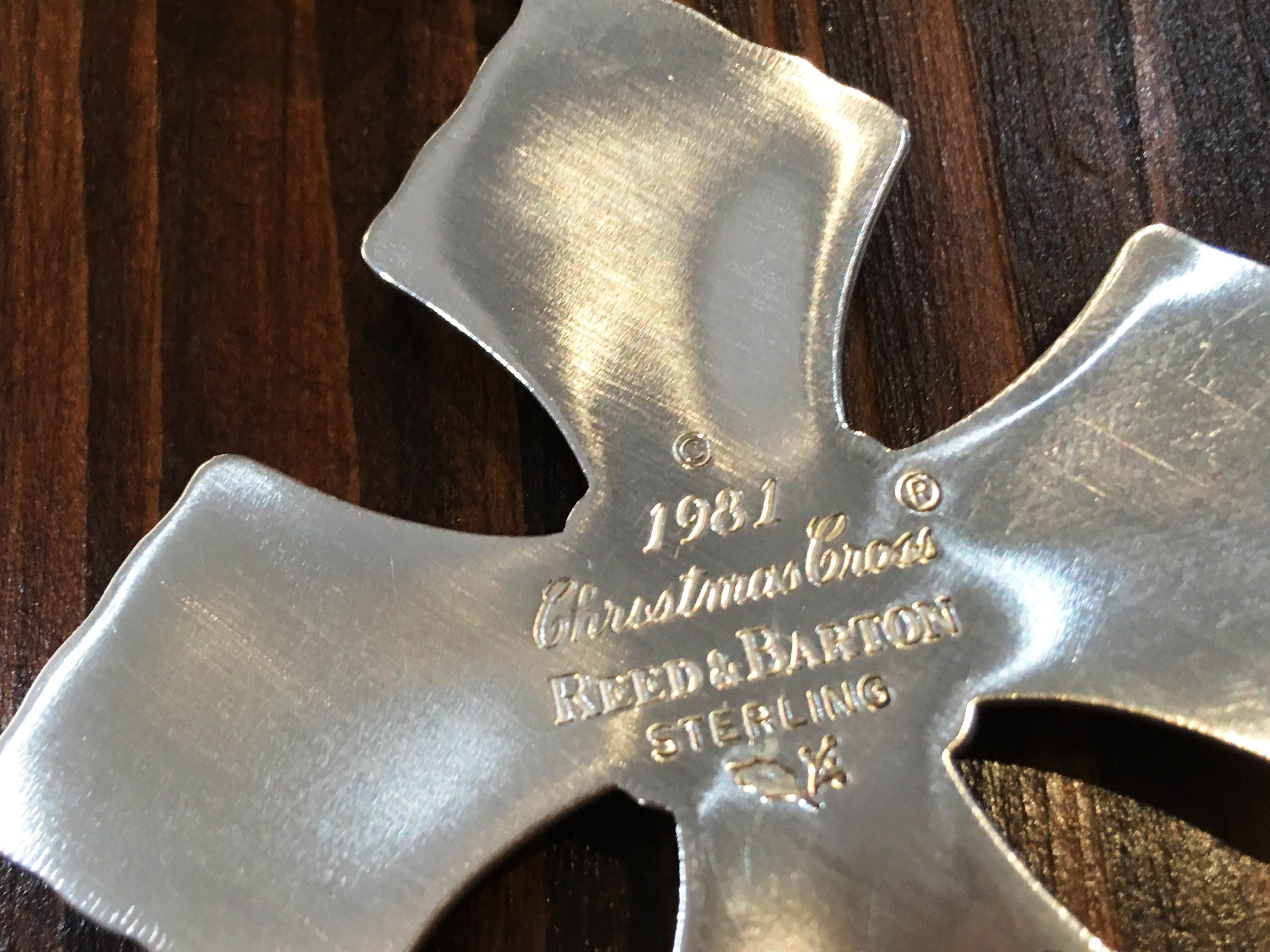 Give the gift that becomes a family heirloom with this stunning sterling silver Christmas cross ornament by Reed & Barton. Crafted in 1981, this design was adapted from an 18th century Eritrean processional cross.

Originally Babbit & Crossman, Reed & Barton was founded in 1824 in Taunton, Massachusetts by Isaac Babbitt and William W. Crossman. The company initially produced works in Britannia and eventually began crafting the fine sterling silver flatware and holloware pieces for which they are revered today. In 1834, the company was purchased by Henry G. Reed and Charles E. Barton and, in 1840, was renamed Reed & Barton. The company operated until 2015 and is remembered today for its outstanding craftsmanship and design.