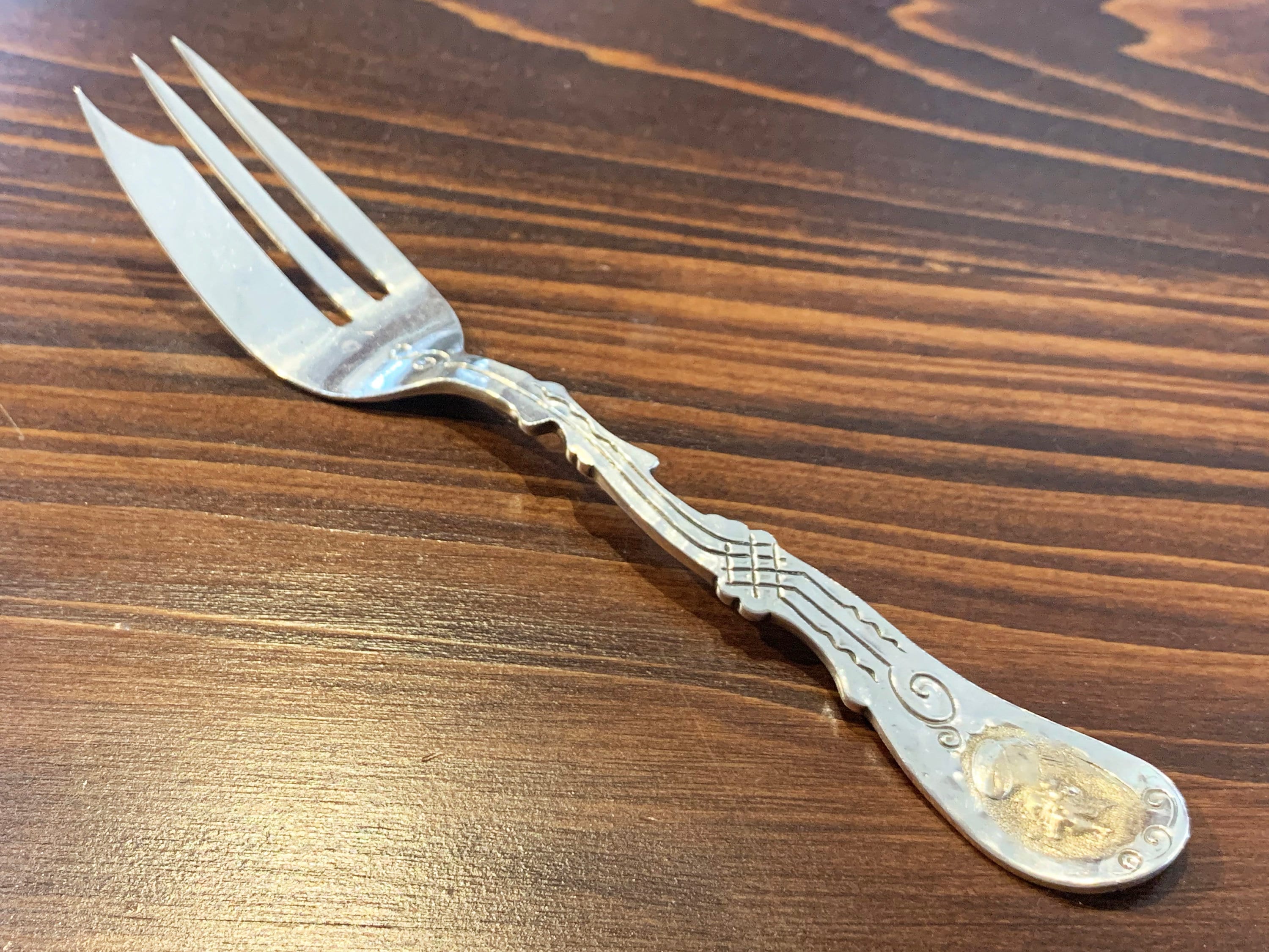 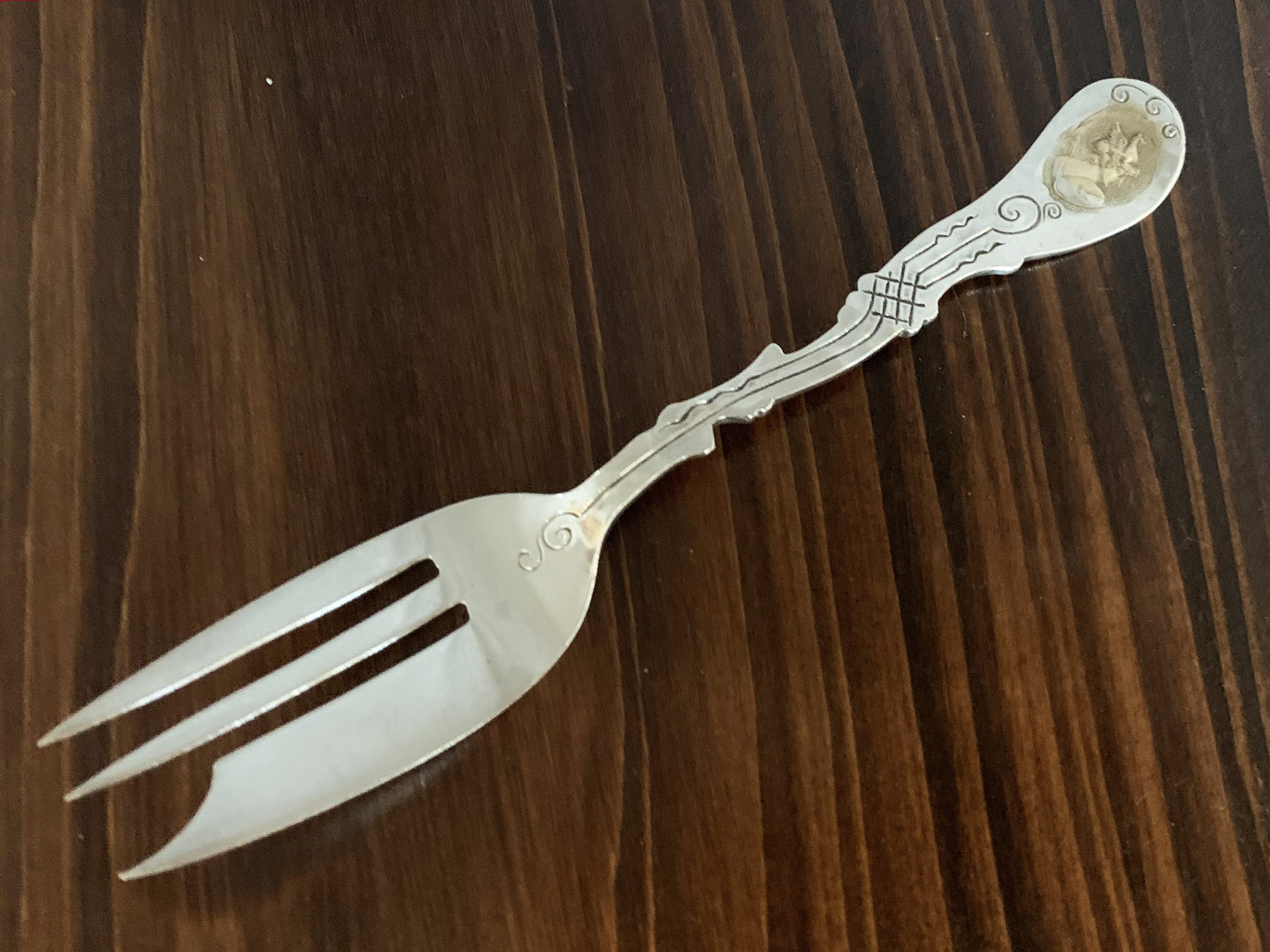 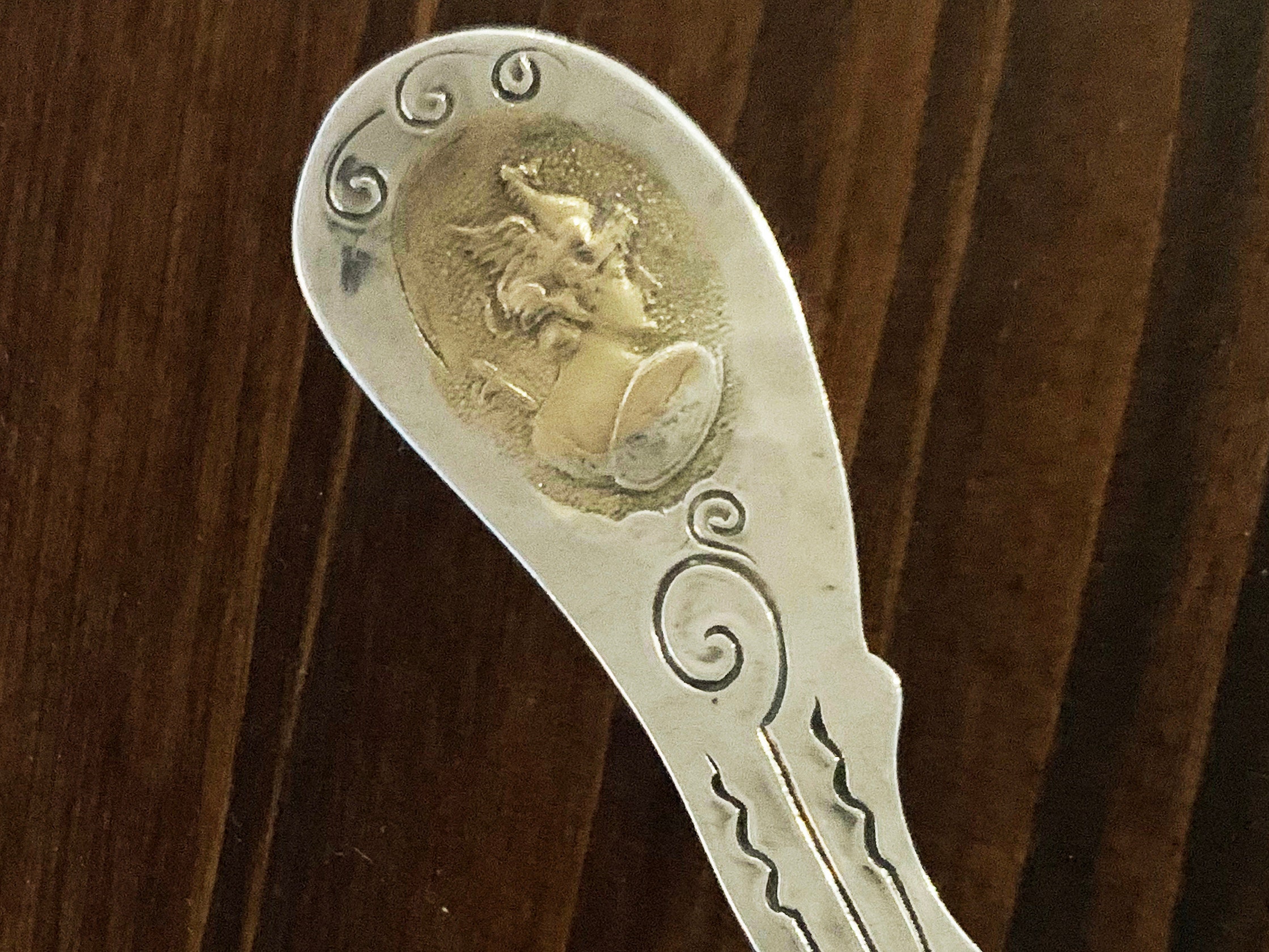 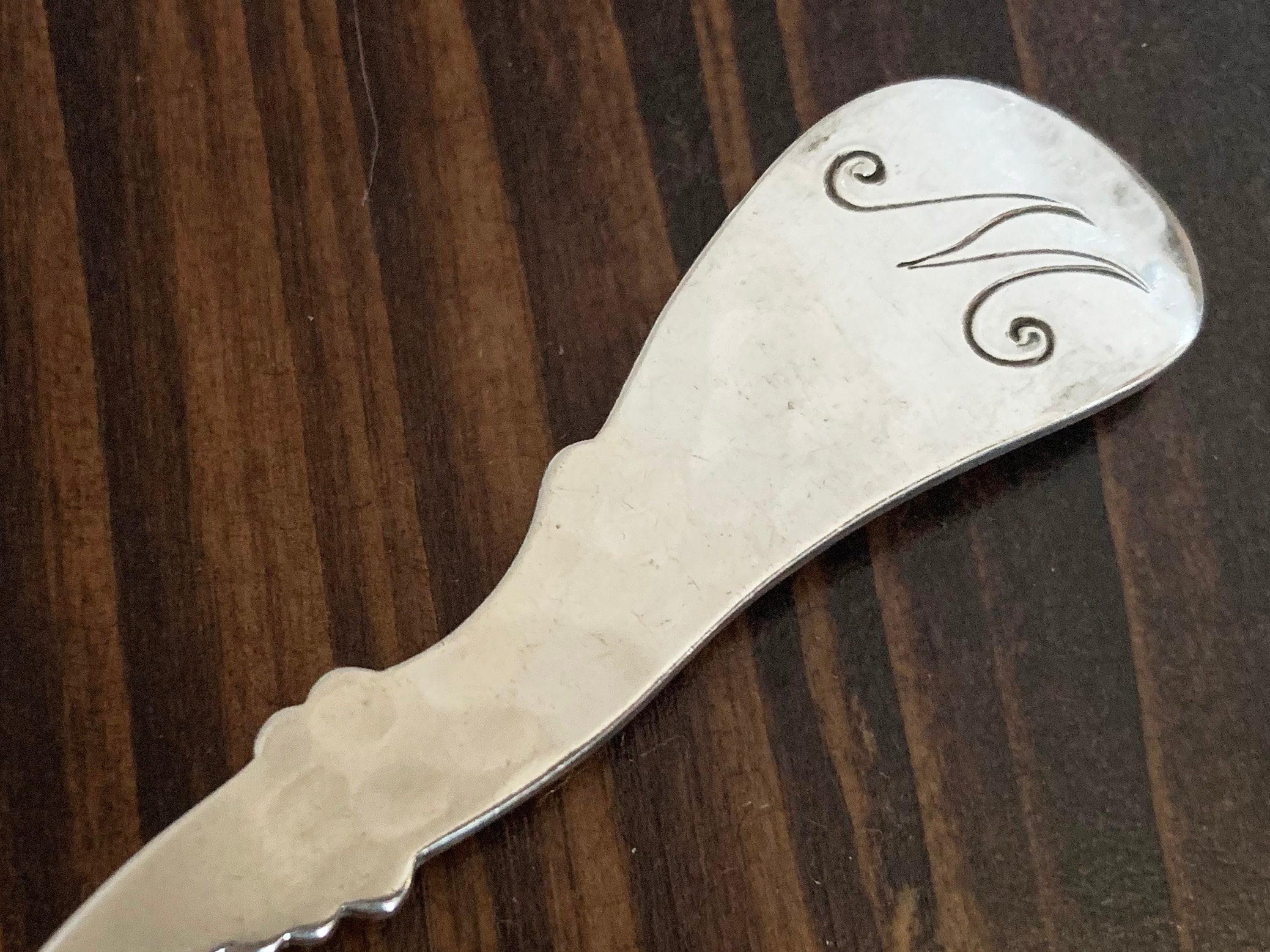 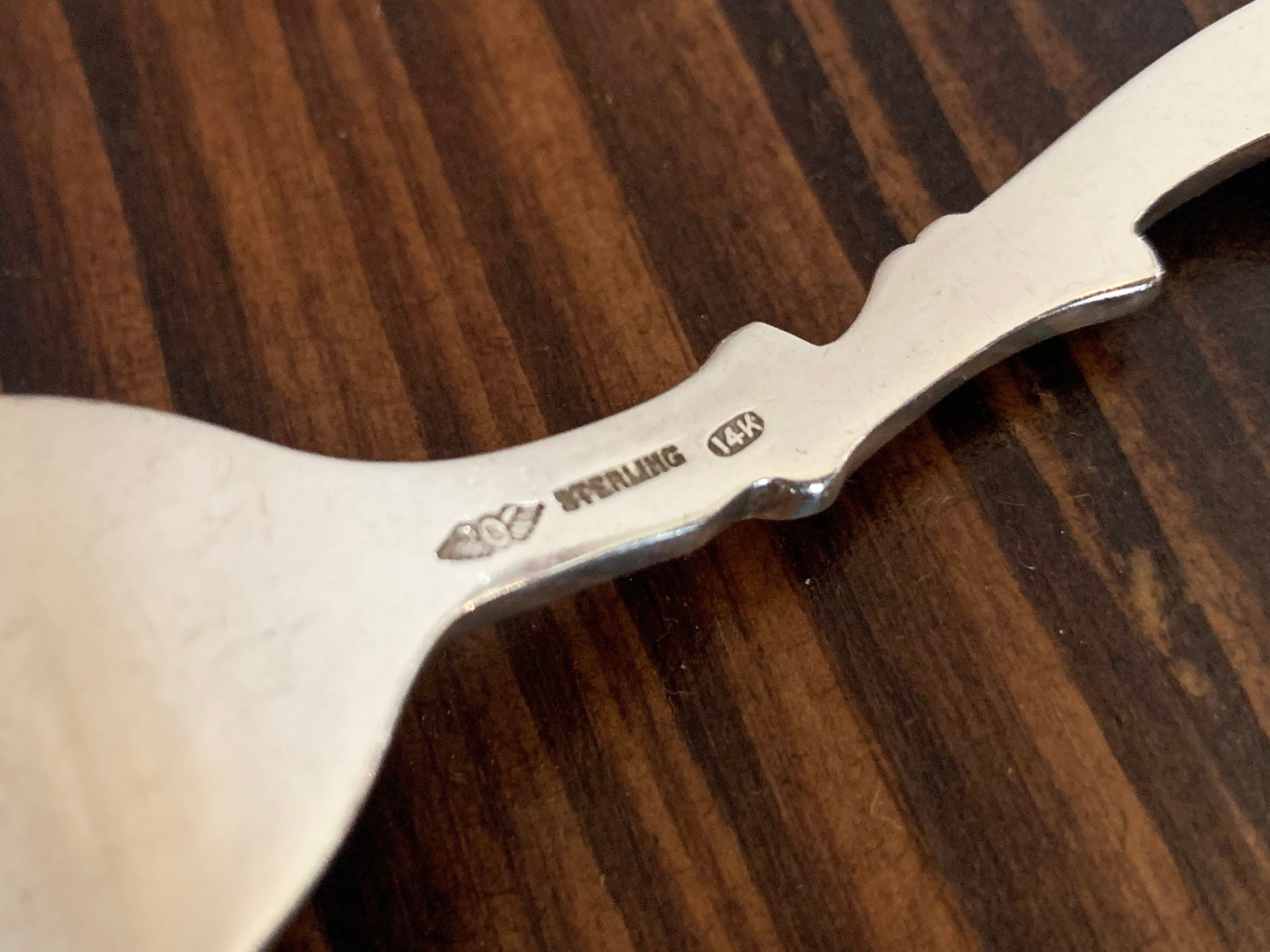 Dine in timeless style with this sterling silver fish fork by George W. Shiebler. Crafted in the 1880's, this hand hammered piece hails from his Medallion pattern. Also known as the Etruscan pattern, this design is known for its elegant depiction of Greek gods and goddesses.

Founded in 1876 in New York, New York by George W. Shiebler, the company was originally known for its fine silver spoons and forks. Their collection expanded to produce the largest assortment of silver novelties. Some of their most notable work was inspired by the excavation of Pompeii and Herculaneum. Credited with the introduction of Renaissance inspired designs in jewelry, holloware and flatware, Shiebler is revered today as one of the world's finest silver artists despite his lack of formal artistic education.