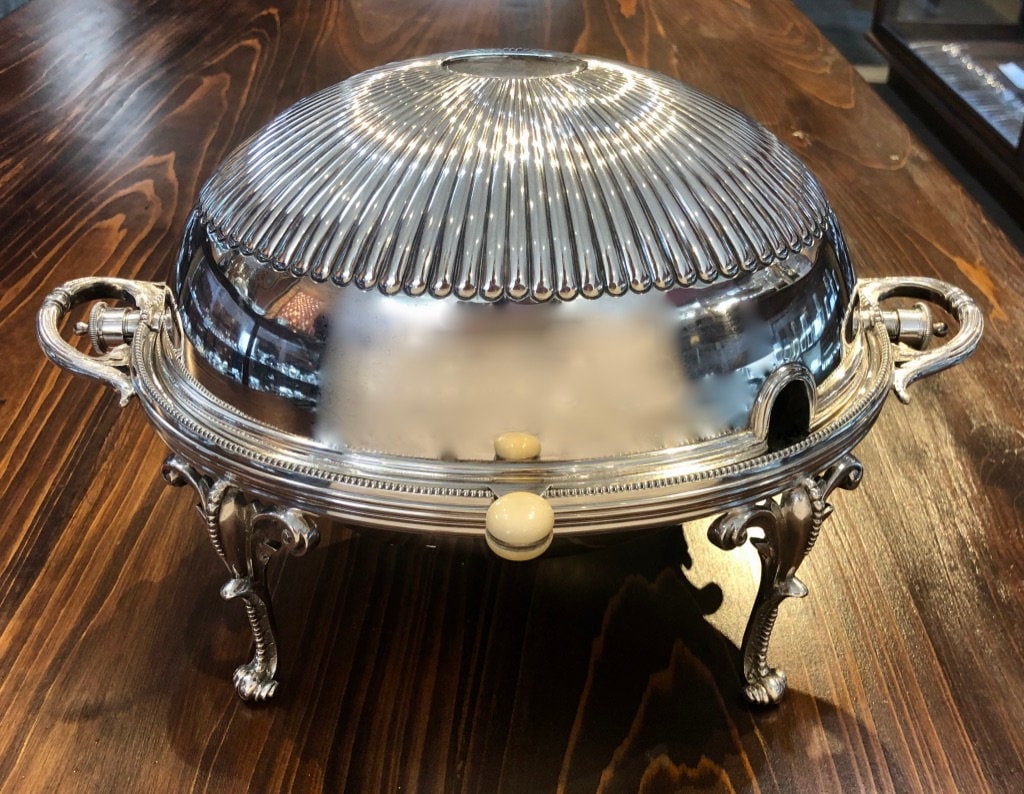 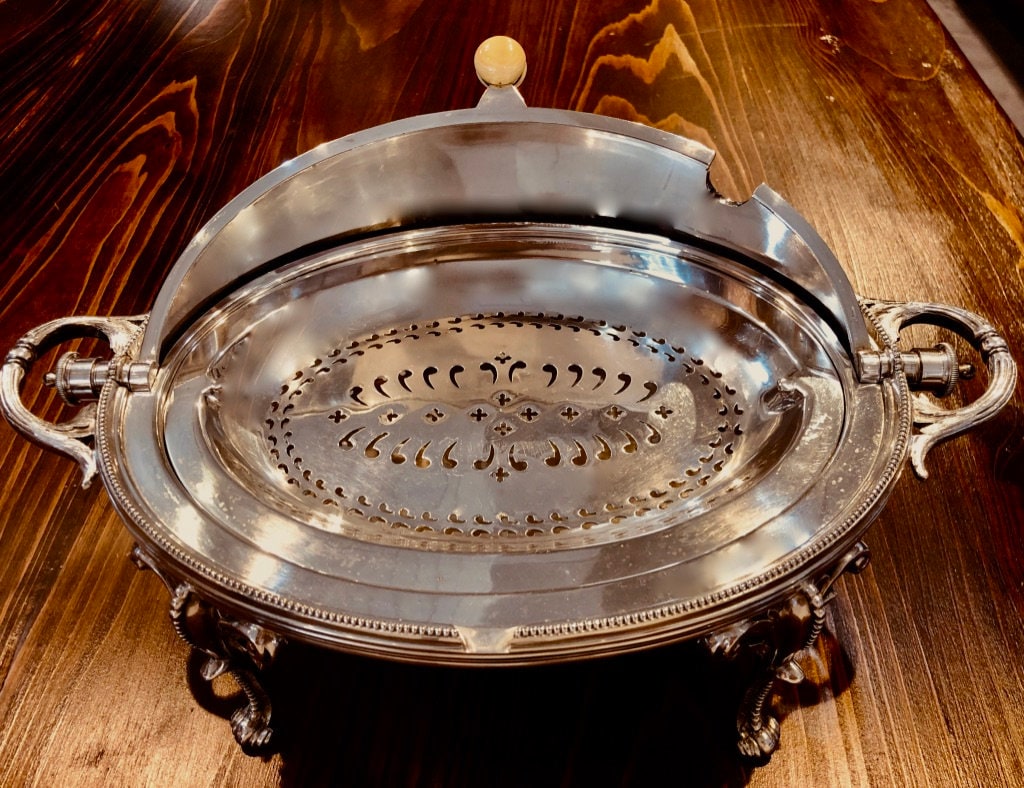 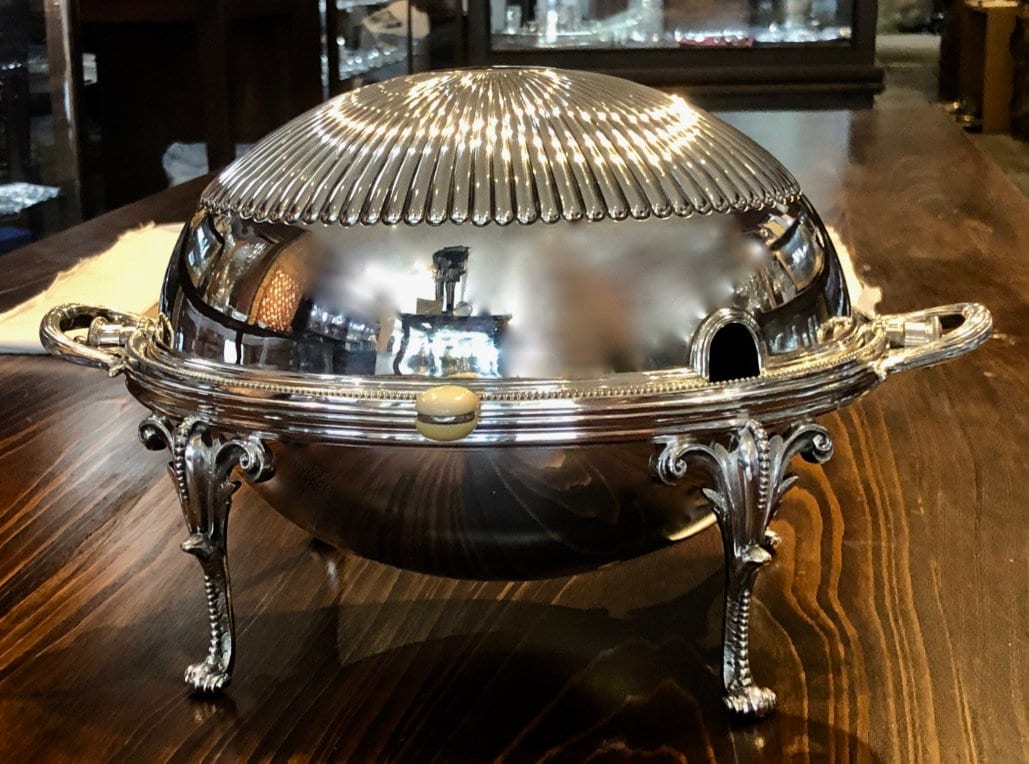 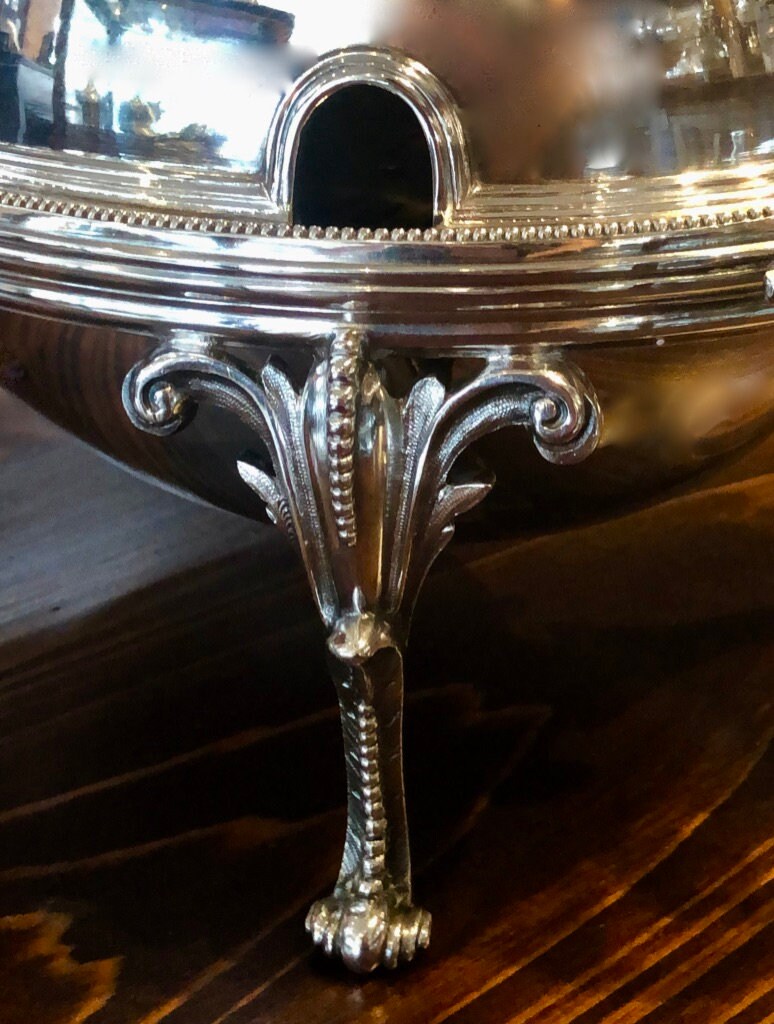 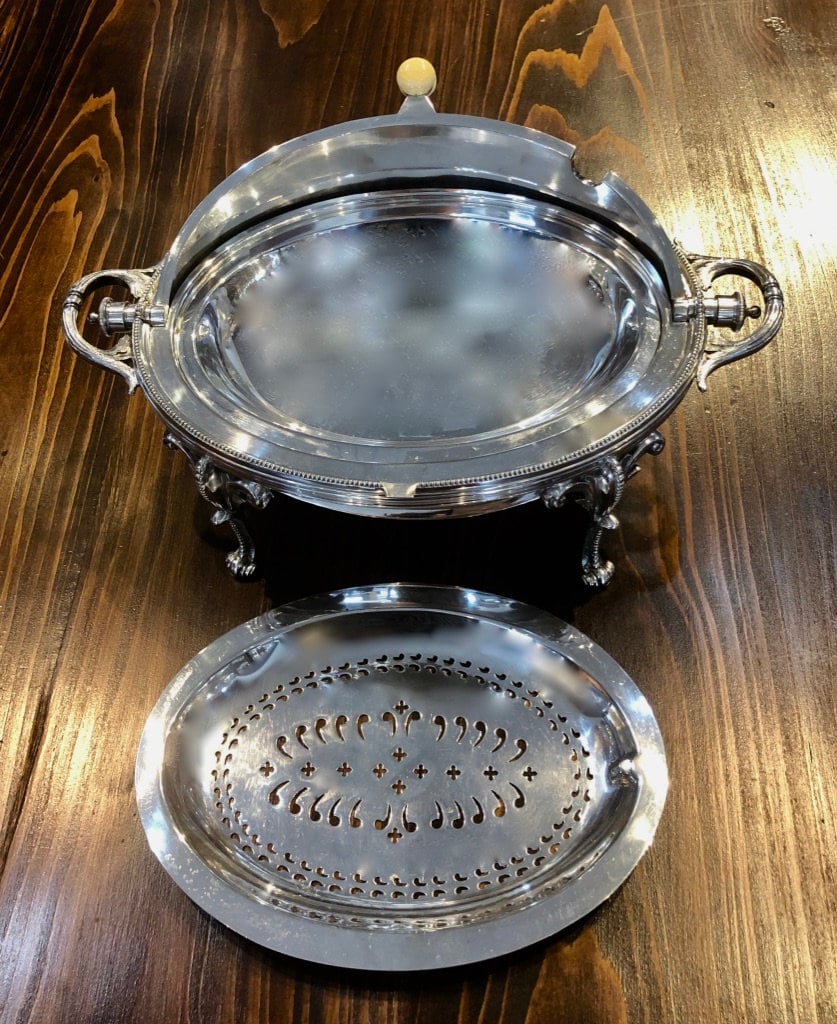 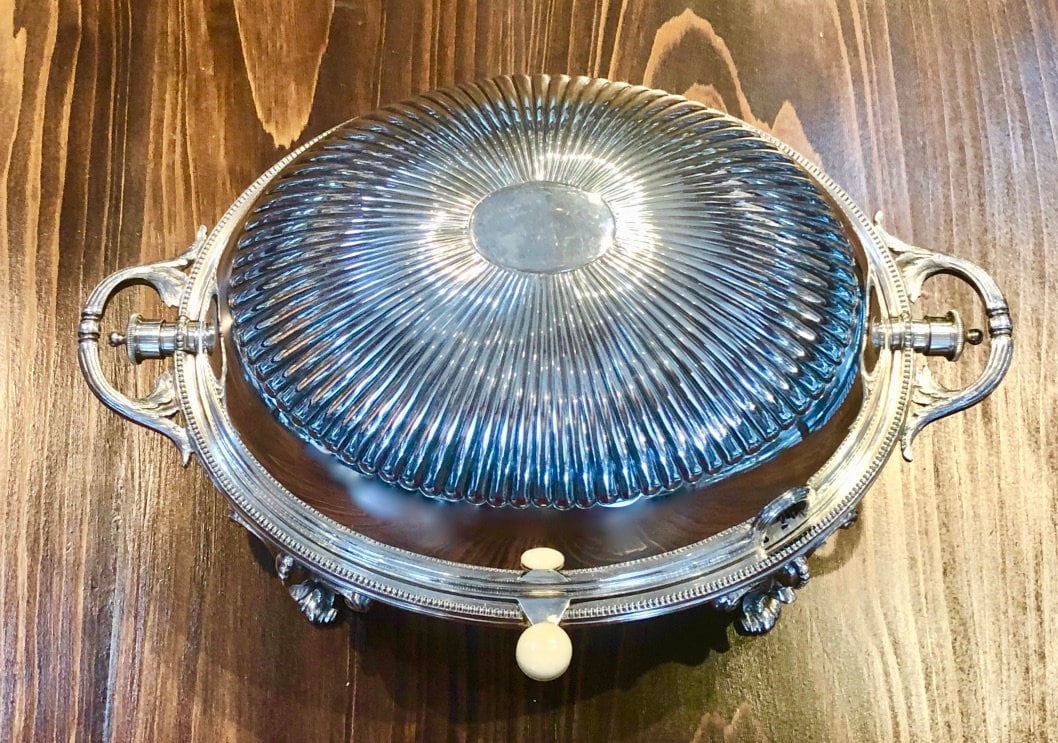 Silver plated revolving dome with ivory button for serving bacon, meat, vegetables, biscuits or whatever your heart desires. This dome was made in England by Walker & Hall in 1910 and is sure to attract your guests to the table.

Walker & Hall was established in Sheffield in 1845 by George Walker. Becoming an assistant of Dr. John Wright, who had conducted important experiments on electroplating, Walker secured the royalty of electroplating for Sheffield. The business was joined by Henry Hall and became Walker & Hall in 1853 . The factory was at Howard Street, Sheffield, while showrooms were opened in 45 Holborn Viaduct, London. Branches were opened in Liverpool, Manchester, Leeds, Glasgow, Edinburgh, Newcastle, Cardiff, Belfast, Hull, Bristol, Melbourne and Adelaide (Australia), Cape Town (South Africa). Walker & Hall was converted into a limited liability company in 1920 under the style Walker & Hall Ltd and combined in 1963 under the British Silverware Ltd with Mappin & Webb and Elkington & Co. Walker and Hall Sheffield were primarily Sheffield Makers, though items with Birmingham, London and Chester Assay Marks can also be found.