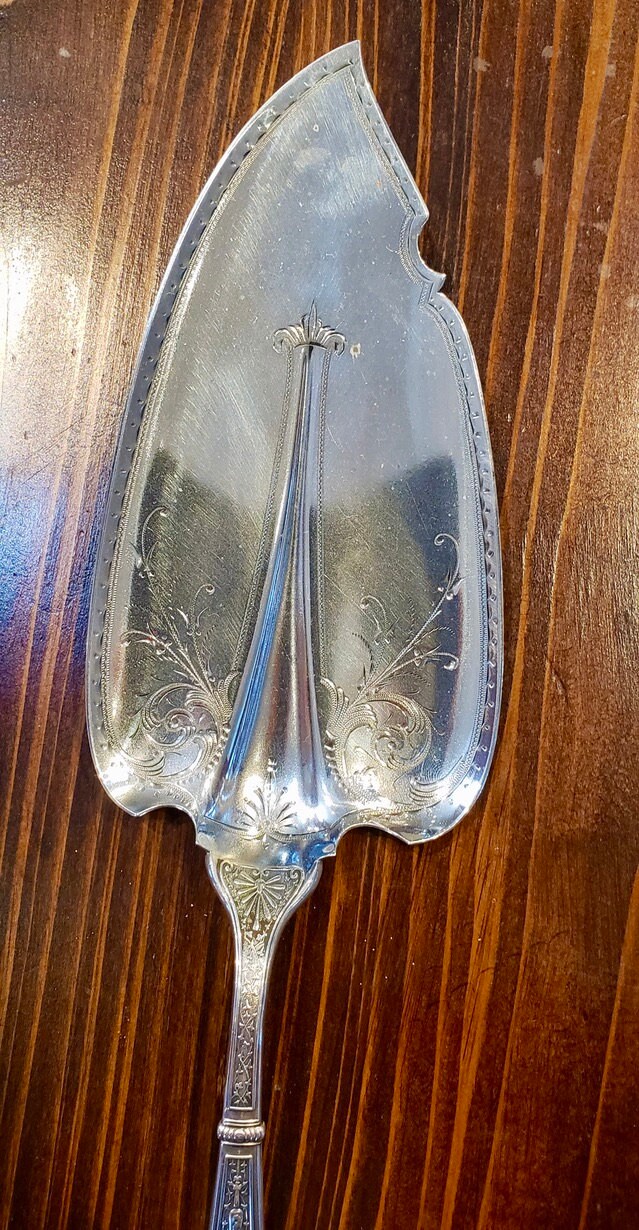 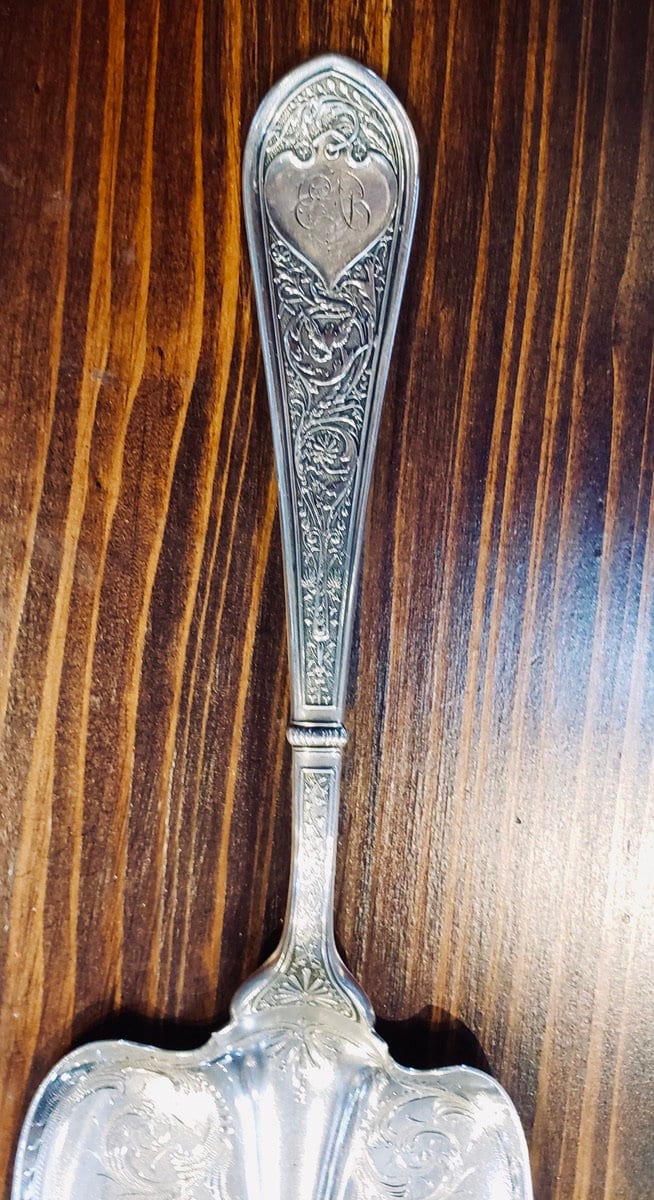 This beautiful fish server in the exquisite Raphael by Gorham pattern features a bird in flight and Arabesque scrolls, an ornamental design consisting of intertwined flowing lines, originally found in Arabic or Moorish decoration. This pattern was a direct result of the interest in exotic cultures that became widespread in the late nineteenth century. For easy tarnish preventative storage, add www.etsy.com/listing/782095460.