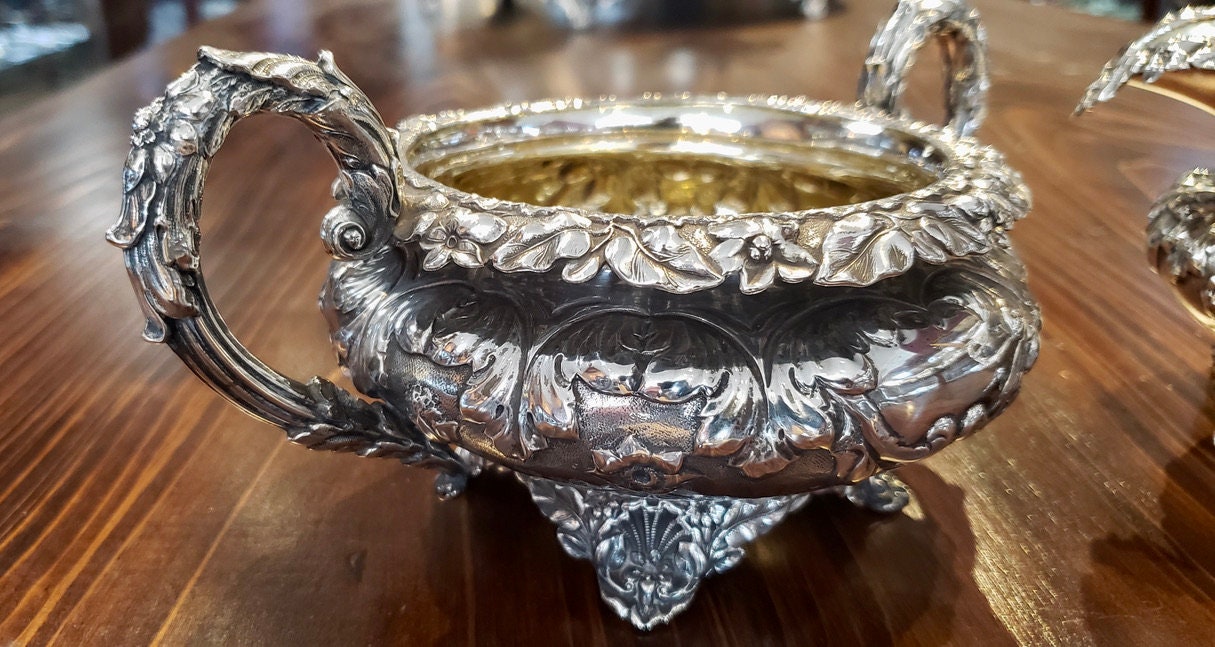 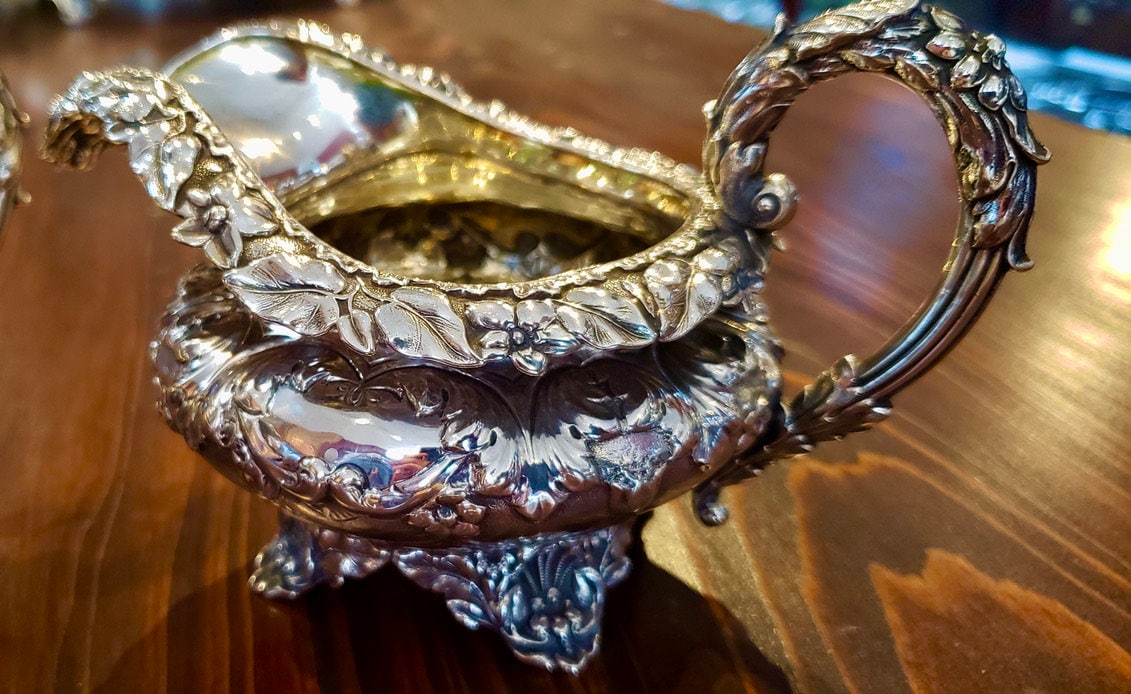 Britannia silver (.958 pure) made in London by Robert Frederick in 1913. We recommend using our four piece cleaning kit to maintain a beautiful shine: https://etsy.me/3ordGDm.

Britannia silver is an alloy of silver which contains 95.8% silver (by weight), with the additional weight usually being composed of copper. Britannia silver became the necessary standard for wrought plate silver across Britain, although in Ireland the same standard was never enforced, and Ireland had a very similar hallmark to Britannia- the Hibernia- in use between 1730 and 1807. After the Union Act of Ireland with England and Scotland and the adoption of the English system of hallmarking, the Hibernia became the symbol of the Dublin Assay Office. The initial reason for the introduction of the new standard was a consequence of the English Civil War (1642 - 1651) which had resulted in massive amounts of silver being melted down to pay the soldiers. From 1720 up to the present day both Sterling and Britannia standards have been in use simultaneously. In spite of this, the Britannia standard was rarely used until its revival in the late nineteenth century.

Charles Thomas Fox was from a family of silversmiths; the Fox family, silversmiths in London, England. The firm started with Charles Fox who was a plate worker, active at 139 Old Street, Goswell Street. He wasn’t apprenticed at the Goldsmiths Company, and nor was he a freeman of the Company. Charles Fox, who at the time was in partnership with James Turner, registered his mark in 1801. He also registered a mark alone on 5 September 1804. In 1822, Charles Thomas was succeeded by his son, Charles Fox II who entered various marks in 1822, 1823 and 1838. Like his father before him, Charles Thomas II was not an apprentice nor was a freeman of the Goldsmiths Company. At the retirement of Charles Fox II, the family business was taken over by his sons Charles Thomas Fox (born 1801) and George Fox (1816). They entered conjoined marks in 1841and 1843. Charles Thomas Fox retired from the firm in 1860, while George Fox continued running the firm, entering his own individual mark in 1861. Further marks were added in 1869 and 1891. After the death of George Fox his son Robert Frederick Fox (born 1845), continued the trade as Charles Thomas and George Fox, entering his own mark in 1910. The firm closed down in 1921.